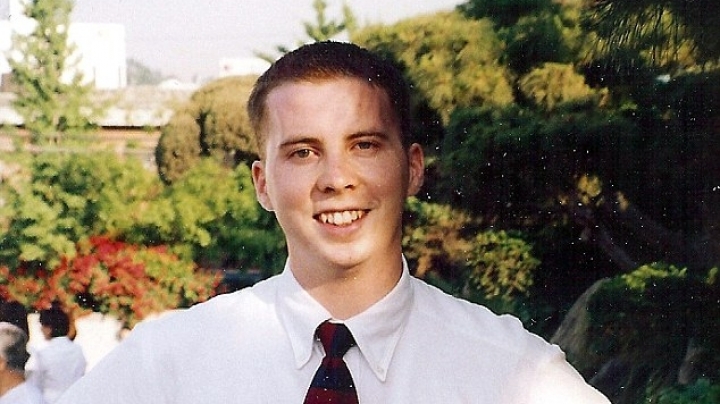 A US student who supposedly died in China in 2004 was reportedly helping North Korean refugees pass through China when he was taken into captivity by five North Korean secret agents, reports Daily Mail.

David Sneddon of Brigham Young University was just 24 when he disappeared in Yunnan Province. Chinese police have said that Sneddon likely disappeared in a hiking accident.

But the reality, according to Choi Sung-yong, head of South Korea's Abductees' Family Union, is that he was kidnapped to be an English tutor to Kim Jong Un, Yahoo News Japan reported Wednesday.

Sneddon is now living in the North Korean capital of Pyongyang, where he teaches English to children and has a wife and two children, Choi said.

Sneddon's family, however, revealed to Dailymail.com that Japanese experts reported four years ago that he was arrested in 2004 by the Ministry of State Security of the People's Republic of China (MSS) on charges of helping illegal residents and later handed over to North Korea officials.

According to a report from the National Association for the Rescue of Japanese Kidnapped by North Korea (NARKN) from May 2012, Sneddon was arrested in August 2004.

Sneddon's family claims that the Japanese and South Korea reports were 'never fully investigated' by US officials.

A statement from the family to Dailymail.com read: 'This latest news out of South Korea via Japanese media is NOT the first time such information stating David Sneddon is likely a captive in North Korea has surfaced.'

The family said that the US state department never contacted Japanese experts who claimed that Sneddon was taken to North Korea.

The recent information reported by Japanese media is not the first time that it has been suggested that Sneddon is being held captive, the family said.

Pentagon expert Chuck Downs first proposed the idea in 2011, thinking it was possible because North Korean agents patrol the Yunnan area, which was a popular escape route for fleeing refugees when Sneddon disappeared.

Sneddon's case also, the family says, fits the pattern of abductions by North Korea at the time.

His family says, however, that Sneddon was not helping refugees cross through China, but was rather mistaken as such because he was fluent in Korean and was skilled in Mandarin.