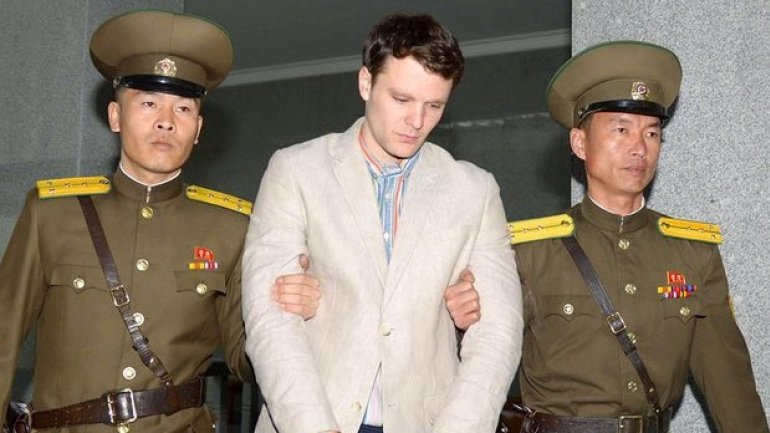 US secretary of state Rex Tillerson said on Tuesday that North Korea had released Otto Warmbier, an American serving a 15-year prison term with hard labor for alleged anti-state acts, as reports emerged that the 22-year-old has been in a coma for as long as a year, The Guardian informs.

Tillerson said that Warmbier was on his way back to the US to be reunited with his family. He said in a statement that the state department secured Warmbier’s release at the direction of Donald Trump, adding that the department was continuing to discuss three other detained Americans with North Korea.

State department spokesperson Heather Nauert said in an afternoon press conference that she could make no comment on a report from the Washington Post that Warmbier had been in a coma since March of 2016.

Warmbier’s family told the Post that, according to North Korean officials, the 22-year-old contracted a case of botulism shortly after his trial and was given a sleeping pill from which he never woke up. Warmbier’s parents said they only learned of their son’s condition last week when the return was negotiated.