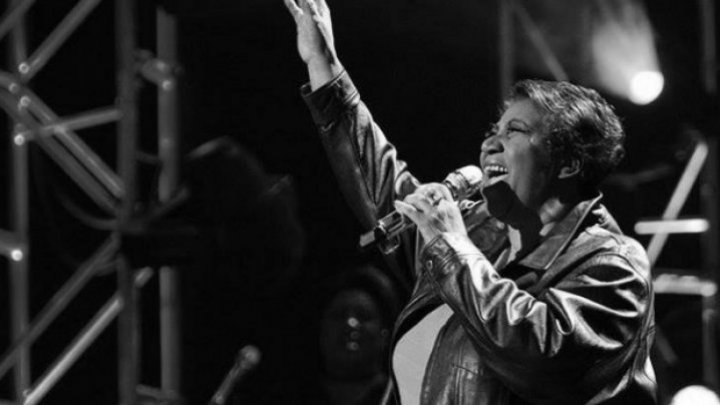 Aretha Franklin has died at the age of 76

The legendary singer was first reported to be “gravely ill” in a Detroit hospice by news anchor and close friend Evrod Cassimy, informs independent.co.uk.

Franklin, who was set to retire from live music in February 2019, last performed live last November at Elton John's annual AIDS Foundation gala. She confirmed her retirement to Cassimy while simultaneously announcing plans to work on a new record with Stevie Wonder.

She cancelled her tour dates in March after her doctor told her to “rest completely” for at least two months. One of the shows would have marked the “Respect” singer's 76th birthday.Born in 1942, Franklin went on to earn the title ‘The Queen of Soul’ for her services to music since the late 60s. Having signed to Atlantic Records in 1967, she achieved huge success with songs including “Spanish Harlem”, "I Say a Little Prayer" and “(You Make Me Feel Like) A Natural Woman.”She first sang as part of a gospel at a Detroit church where her father, C.L, was the pastor before embarking upon a full-time career in 1960. Franklin cared for C.L. after he was shot twice at point blank range in his Detroit home in 1979 right up until his death in 1984.

In 1987, Franklin - who has sold over 75m records worldwide - became the first woman to be inducted into the Rock and Roll Hall of Fame.

The 18-time Grammy Award-winner’s other career highlights include a cameo appearance in cult classic The Blues Brothers(1980) and a 1998 performance in which she replaced opera singer Luciano Pavarotti in singing famous aria “Nessun dorma”.

In 2015, she reduced Barack Obama to tears with a rendition of "(You Make Me Feel Like) A Natural Woman" at a ceremony honouring the song's writers Gerry Goffin and Carole King.

Franklin has four sons - the first of whom was born when she was aged just 12 - and was married twice.