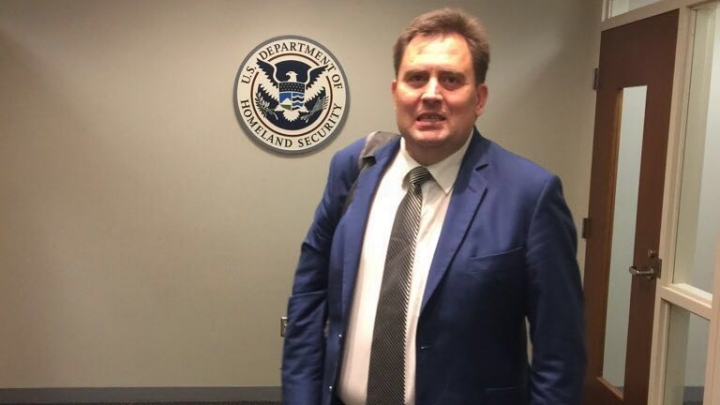 Political insiders in Washington, D.C., have a long history of getting duped by foreigners pushing propaganda. The political agendas of these international players can range from largely innocent parochial issues to calls for U.S. military action to stop an injustice. Or in the case of Russian propagandists, to sway a national election that few people in the West are watching. The costs to governments and individuals affected by an erroneous information campaign from abroad can be great. When powerful U.S. officials and journalists fall for agenda-driven information, or rush to make decisions based on unchecked faulty data, the consequences can be devastating to reputations and even lives since the world tends to follow the U.S. media's lead.

The most aggressive manipulator of information today is the country of Russia. Earlier this month, a former Moldovan official with ties to Russia and disguised as a whistleblower circulated the halls of official Washington. Mihail Gofman, who was fired from his job as deputy director of the Moldovan government agency responsible for money laundering, told his tale of how the current Moldovan government, struggling to be pro-West while surrounded by Russian pressure to be pro-East, hasn't arrested those responsible for a $1 billion bank scheme that left the Moldovan Government losing one-eighth of its assets. Gofman met with U.S. officials and reporters to undermine the current pro-West Prime Minister Pavel Filip and push the international community to abandon Moldova 10 weeks before Moldova's national election.

Mihail Gofman is also calling for the arrest of Vladimir Plahotniuc, the deputy chairman of the Democratic Party and a member of the Governing Coalition, by exaggerating Plahotniuc's role in the bank heist. Blaming the ruling party and its leadership has its political benefits for Russia. Plahotniuc has been around Moldovan politics, business and civic life for decades and has turned out to be an easy target for Gofman. Gofman was quoted by one reporter he met with as saying, "If the U.S. or Europe don't go after these guys, no one will, and Moldova will remain stuck in this mess for years."

But looking into Gofman's background reveals he was fired from his job that required him to stop the very bank raid he now complains about. Investigators want to talk to Gofman to understand how he became wealthy working as a regulator and why many of the assets he controls are in his family's name. Moldova's authorities have asked him three times to testify and yet he has escaped the country to tour U.S. newsrooms instead.

While it is always hard to know who is telling the whole truth and who is pushing an agenda, it is clear Mihail Gofman has already duped many. Forbes Magazine was forced to print embarrassing corrections of two separate stories where they repeated the claims of Gofman almost verbatim. The correction read, "Upon further review, we found no evidence that Plahotniuc had any major equity stake in Unibank, Sociala and Banca de Economii."

The Kroll group, a Manhattan-based, audit and financial security firm, issued an 84-page post-mortem report on the $1 billion Moldovan bank loss where they identified the perpetrators, one of whom sits in jail today for his crime. If the public would read the full investigation, they would know that Kroll clearly points to Ilan Shor as the culprit of the massive bank fraud even suggesting that he was the one "if not the only beneficiary" of the missing funds.

The charges of who is to blame for the billion dollar heist is of great interest to Russia because of the upcoming elections. Gofman and Russia know the outrage many Moldovans rightly still feel towards the previous government's leaders who failed to protect against money laundering and corruption. The blame game has high stakes for Russia.

Moldova, a former Soviet Republic in Eastern Europe, is a pro-West country looking to join the European Union someday. The election on Oct. 30 will be a referendum on the newly appointed pro-West Prime Minister Pavel Filip against a pro-Russia backed candidate.

Unfortunately, the Internet has made it easy and relatively cheap to peddle rumors.