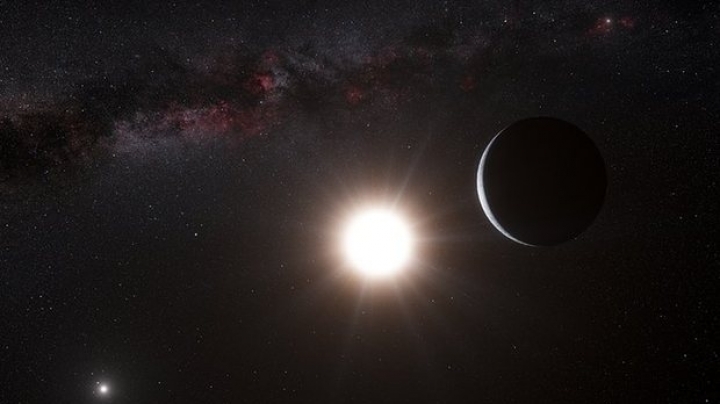 Astronomers have launched an ambitious project to capture the first picture of an Earth-like planet that could be home to life beyond the solar system, reports The Guardian.

The privately-led mission aims to build a space telescope the size of a washing machine and point it at Alpha Centauri, the closest star system to Earth, in the hope of glimpsing a rocky world or two where life may have gained a foothold.

If the project is successful - and there is no guarantee - it could produce an image to rival the iconic “pale blue dot” photograph taken in 1990 when Nasa’s Voyager 1 probe looked back at Earth as it barrelled out of the solar system.

The pale blue dot picture was taken from a distance of 6bn km at the request of the astronomer Carl Sagan, who saw profound meaning in the image. “Every saint and sinner in the history of our species lived there: on a mote of dust suspended in a sunbeam,” he said in a lecture at Cornell University in 1994. “To me, it underscores our responsibility to deal more kindly and compassionately with one another and to preserve and cherish that pale blue dot, the only home we’ve ever known,” he added.

Since the 1980s, astronomers have confirmed the presence of more than 3,000 “exoplanets”, or worlds beyond the solar system. But all are known only from indirect measurements: the wobble they induce in their parent star, and the minuscule dip in light as they cross the face of the star. No one has yet captured a direct image of such distant worlds.

The new mission, named Project Blue, builds on the work of Nasa’s Kepler space telescope and other instruments which have spotted a string of faraway planets that appear to be rocky and within their star’s “habitable zone” - the region of space where the temperature is just right for water to flow freely. Astronomers suspect they are the best candidates to harbour life elsewhere.

No one pretends the mission will be easy. Alpha Centauri may be the closest star system to Earth, but at 4.4 light years or 40 trillion kilometres away, it is hardly next door. And rather than hosting a single star, Alpha Centauri has two that swing around each other. The light from both must be blocked before any orbiting planets, one billion times dimmer, can be seen.

While the project is led by the BoldlyGo Institute and another private organisation, Mission Centaur, which has drawn up plans for the half-metre-wide space telescope, Jon Morse, former director of astrophysics at Nasa, and CEO of the BoldyGo Institute which is co-leading Project Blue, hopes to bring in other partners from academia and national space agencies. The mission is expected to cost less than $50m.

If Project Blue gets off the launchpad, the telescope will spend two years gazing at Alpha Centauri in the hope of spotting planets around either one of the system’s stars. The telescope can only hope to capture a lonely dot in the darkness, but even that would be groundbreaking, astronomers believe.

Hopes to take a snapshot of an Earth-like planet are not new. In the past two years, Ruslan Belikov and Eduardo Bendek at Nasa’s Ames Research Center in California developed similar mission proposals. Their Acesat (Alpha Centauri Exoplanet Satellite) telescope was considered too risky for the US space agency to take on, but work continues on the technology. “It is a really difficult challenge to meet,” Bendek said.