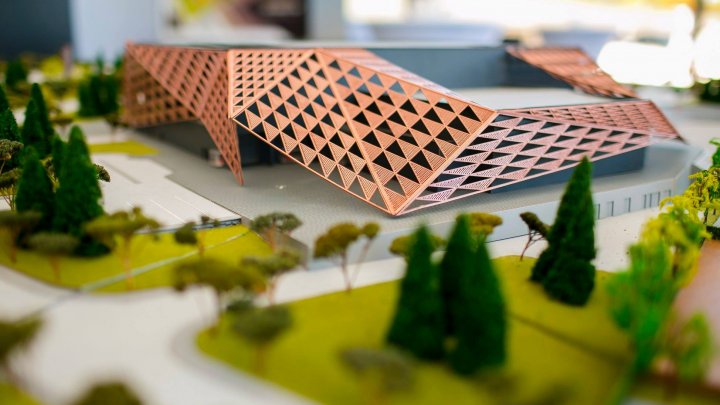 Ambitious project Arena Chisinau begins to take shape day by day. More than half of multi-functional construction complex has been finished. Economy Minister Chiril Gaburici says the building works which are rigorously monitored will end according to plans.

All commitments and process taking place can be accessed on chisinauarena.md

"There are five places: arena itself, swimming pool, parking lot, a big tennis tent and other smaller tennis tents. We also convene a daily meeting to review our works at the end of day", said Serkan Cenghiz, engineer of Turkish company.

According to representative of Turkish firm, the complex is put into service according to plan, on October 14 - the City Day.

The aquatic area will be operated at steady rhythm.

Over 340 people are working on building site.

"My older brother's also working here. He said this job is well paid. So I also applied", said a worker.

Minister Gaburici has received couple of requests to organize big events in this multi-functional complex.

"We have lots of requests for the next few years, for 2020. First we will create a Arena agenda. We also talked with Association to carry out a regional swimming championship", said Chiril Gaburici.

The 10-hectares complex Chisinau Arena is being built in Stăuceni commune by a Turkish firm based on private-public partnership.