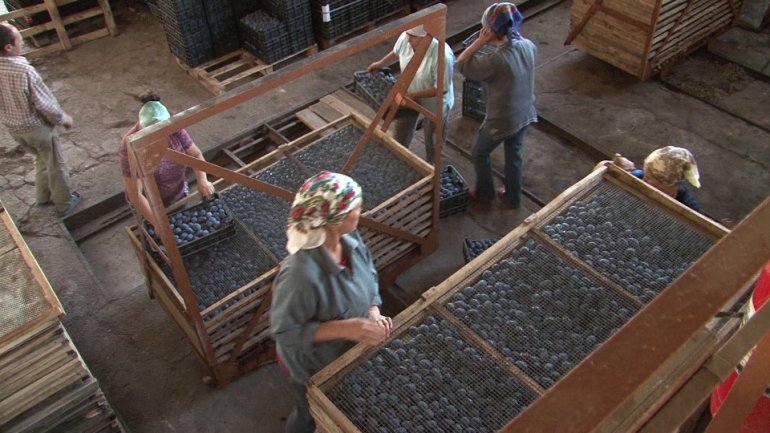 An ambitious citizen from Moldova, has taken Dried fruit from Orhei all to the markets from France, Bulgaria and Germany. As every other summer, Simion Tăut, collected fruits from farmers all over Moldova and turned them into dried fruits.

The businessman has been doing this for the past 14 years. This year he learned to dry melon, sour and sweet cherries and apples.

Once the dry plum season has been opened, Simion Tăut's manufacture became busy. The man gained 15 tons of fruits in his barns that had to be dried.

Until now the oven used for this task has even been used on apples.

"Plums have to stay in the over for 24 hours, afterward using special equipment my workers are taking out the seeds. Yet this is only the beginning of their road. This year, my produce will end up on the rafts of supermarkets in Germany and France" retold a journalist from Publika TV, Cristina Badica.

For the entrepreneur this year is a hard one, as the harvest was not all that good and the plums are twice as expensive.

"A kilogram of dried plums costs around 5-6 lei. But to make that one kilogram of dried fruits, four kilograms of fresh ones are required. So you can imagine, only the raw material costs 25 lei, but we also have to consider the price of transpiration, fuel, electricity, worker's salaries and taxes" Simion Tăut declared.

On Chisinau's market, a kilogram of dried plum with seeds costs 30 lei, while abroad 45 lei. While the consumers complain about the high price, they claim that it is worth it.

Nutritionists also encourage this produce. Dried plum is good for digestion, especially for those suffering of constipation. They also improve blood flow and help maintain the skin without wrinkles longer.

"We shouldn't eat big amounts of dried plum. The recommended dose I would suggest is of 2-5 plums per day" nutritionist, Galina Tomaş stated.