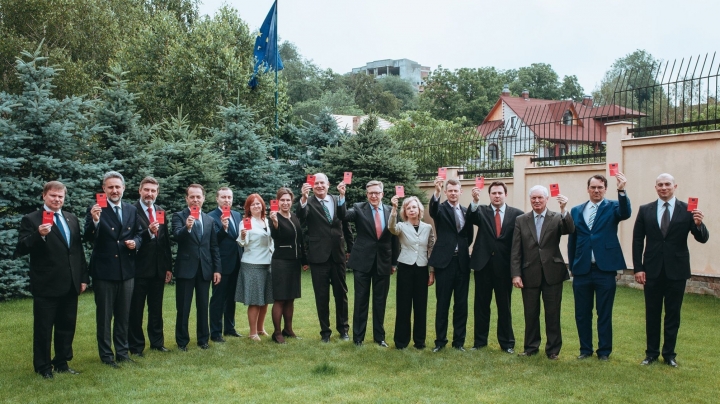 Ambassadors of European Union member states in Moldova showed the red card to the corruption in our country. The diplomats took a photo, with the EU flag as a background, with a card in hand on which is written “Red for corruption”.

The action took place during the European Football Championship. They came with the message that a good game counts in football and in society.

According to the football rules, in case a player receives a red card from the referee, then he is eliminated from the game, without the possibility to be replaced by a colleague. In this case, the team is constrained to play in numerical inferiority.