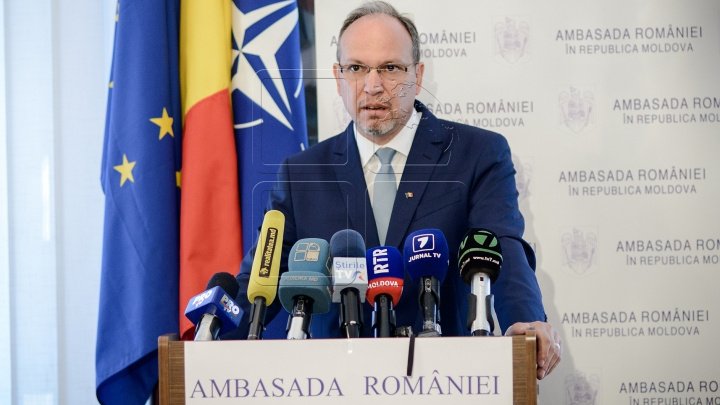 The European Union supports Moldova in combating the coronavirus pandemic in its actions and does not participate in any competition as some politicians claim. This opinion was expressed by Romanian Ambassador to Moldova, Daniel Ioniță, on a TVR show.

His Excellency mentioned the aid worth 140 million euros granted by the EU to the Eastern Partnership countries, as well as the 87 million euros that will be offered to Chisinau to fight against COVID-19.

Ioniță said that in this difficult situation, the relationship between Romania and Moldova must be based on empathy and solidarity.

"If you want, let me take off the ambassador hat and speak as a citizen simply. I think that it would be necessary in any situation to show your empathy towards your neighbors, the ones who speak the same language with you, the ones who feels the same way as you do. Despite this situation, we continue to work and follow closely all statements made by politicians, "said Daniel Ioniță.

The diplomat also underlined the Romania's support: the export of medicines to Moldova, the repatriation of Moldovans from the United Arab Emirates, the facilitation of the transit for thousands of citizens, as well as the goods.

He mentioned about the 200 thousand Romanian lei granted to Chisinau by the Iași City Hall, as well as the intention of the judge Cristi Danileț to donate over 25 thousand visors to the Moldovan doctors.