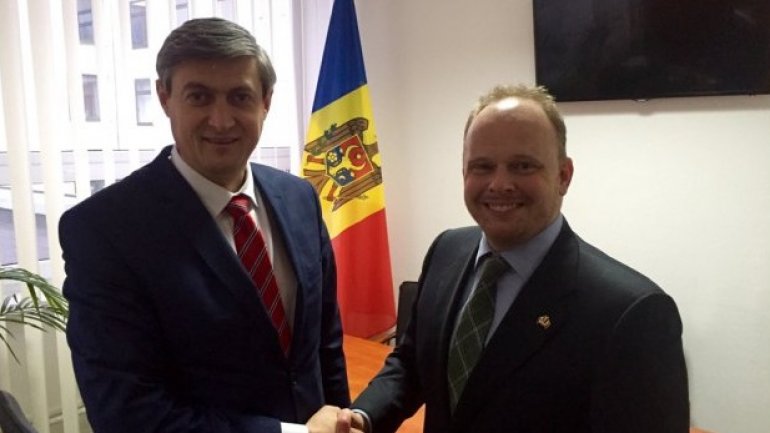 Secretary General of the Foreign and European Integration Ministry (MAEIE) Anatol Vangheli today received Ambassador Agree of Canada to Moldova Kevin Hamilton, on the occasion of presentation of the letters of accreditation, according to Moldpres.

The officials exchanged opinions on ways of advancing the bilateral dialogue in diverse sectors of common interest, assistance projects implemented by Canadian partners in Moldova, importance of strengthening the bilateral legal framework and increasing the trade and economic exchanges between the two countries.

Also, the sides agreed to sign the Foreign Investments Protection and Promotion Agreement (FIPA), enhance bilateral high-level visits and hold more events to mark the 25th anniversary of the Moldova-Canada bilateral relations in 2017.

The two officials welcomed the recent carrying out, in Chisinau, of Moldovan-Canadian political consultations, on the occasion of a visit to Moldova by Director General for Eastern Europe at the Ministry of Foreign Affairs of Canada, Alison LeClaire.

In the end of the meeting, Secretary General Anatol Vangheli assured Ambassador Kevin Hamilton of the Moldovan authorities’ every support during his mandate in Moldova.