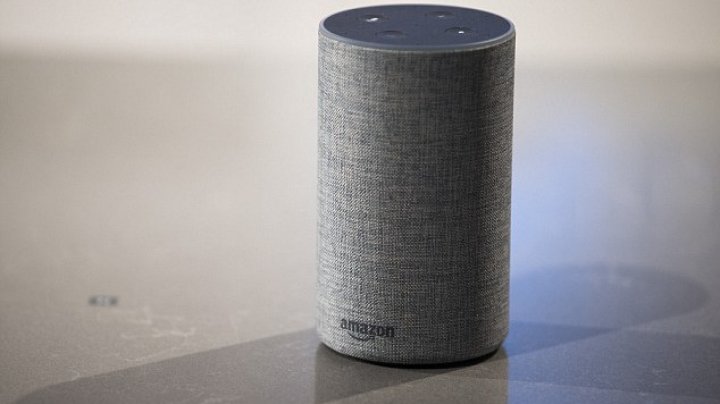 There are plenty of stories of artificial intelligence gone wrong.

But recent reports from owners of Amazon Alexa devices are being called 'bone chillingly creepy.'

One user reportedly tried to turn the lights off in their home but Alexa repeatedly turned the lights back on, eventually uttering an 'evil laugh,' according to BuzzFeed.

Another Echo Dot owner said they told Alexa to turn off their alarm in the morning and she responded by letting out a 'witch-like' laugh.

Alexa is programmed in many voice-activated devices with a preset laugh, which can be prompted by asking: 'Alexa, how do you laugh?'

But so far, it's unclear why Alexa is laughing even when users don't ask her to.

Amazon has yet to respond to inquiries requesting more information about the error, BuzzFeed said.

For now, more and more users say they're sleeping with one eye open next to their Alexa-enabled devices.

As if that wasn't bizarre enough, Amazon also has a 'Laugh Box' skill, which lets users play different types of laughter, such as a 'baby laugh' or a 'sinister laugh.'

It's been reported on several occasions that Alexa-enabled devices can be triggered by ambient noises or sounds that go off in the same room, such as commercials.

Last month, an Echo owner complained that a commercial had a man asking Alexa to order him some cat food.

The command prompted his Echo to order him cat food, which he clearly didn't want.

The Echo works by constantly listening for the 'wake word' – either 'Alexa' or 'Amazon' by default – and then records your voice and transfers it to a processor for analysis so that it can fulfil requests or answer questions.

It can be used for a wide range of tasks, including ordering groceries or a takeaway online, giving a weather report, ordering an Uber taxi, announcing the latest football scores and playing music or podcasts.

It's also not unheard of to have people talk to users through their Echo devices.

Last June, Amazon rolled out a new feature called Drop In, which allows specified users to talk to you through your Echo.

For users who own multiple Echo devices, the Drop In feature enables them to use it as intercom system.