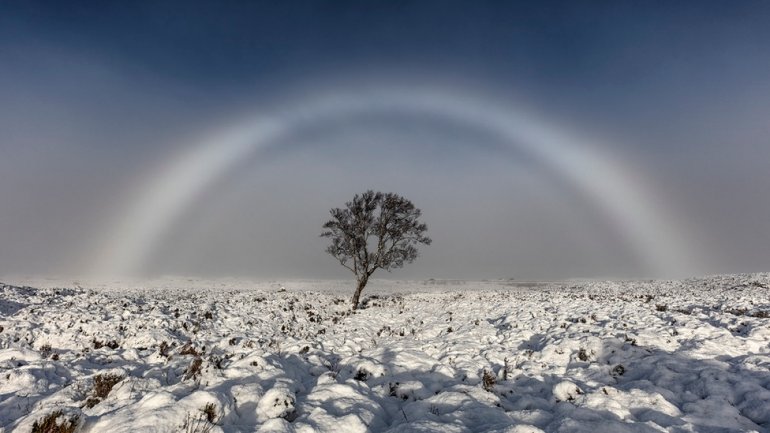 A stunning shot of a white "fog bow" has been captured by a photographer over Rannoch Moor in the west of Scotland, BBC reports.

Melvin Nicholson was out on the moor, south of Glen Coe, on Sunday when the "unbelievably beautiful" white rainbow appeared.

Mr Nicholson said: "It is a colourless rainbow that is made up of tiny water droplets that cause fog.

"It's an amazing thing to witness and can generally only be seen if the sun is behind you when you are looking at it."

He said an isolated windswept tree, framed by the fog bow, completed the shot,

"It was just beyond magical and one of those days that you'll remember for a long time to come," he added.

A fog bow has also been photographed in the Cairngorms.