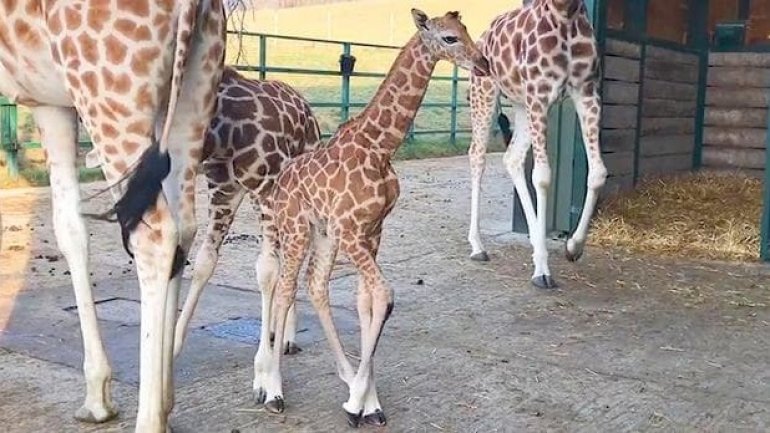 Falling onto the hard floor from a height is enough to give anyone a shock, but when it is your initial entry into the world, it is even more disorientating, The Telegraph informs.

The calf, was born last week to mother Lehanna at The Aspinall Foundation’s Port Lympne Reserve in Kent.

Like all giraffes, Lehana gave birth standing up requiring her baby to fall just under 2 meters to the ground.

The birth comes as giraffes were listed for the first time as ‘vulnerable to extinction’ on the International Union for the Conservation of Nature’s Red List.