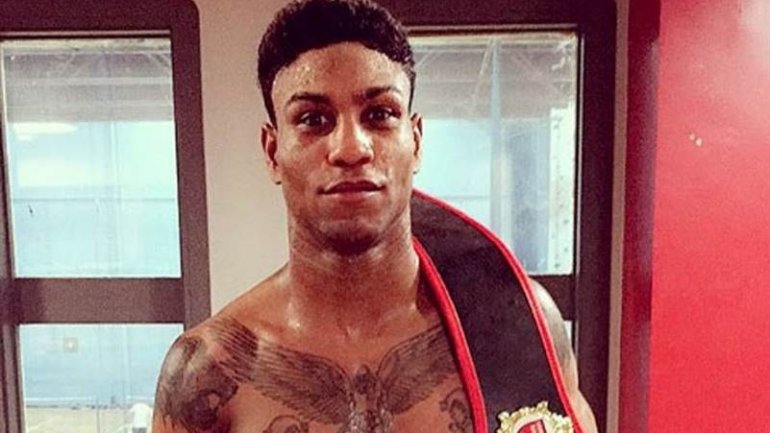 As an amateur boxer, Bilal Kelvin Fawaz bled in the ring for England while competing for his adopted homeland six times. He proudly notes that he never lost.

But British authorities now want to deport him to Nigeria, where he was born.

Covered in tattoos and with a diamond nose piercing and sparkling eyes, the 29-year-old Fawaz spent five weeks over the Christmas season in an immigration detention center before being released on bail Tuesday.

Fawaz, who has lived for more than half of his life in the U.K., now finds himself in limbo.

“I feel abandoned, I feel worthless, I feel depressed,” he told NBC News. “How can you represent a country six times and then they want to deport you?"

In 2012, Fawaz was crowned the Amateur Boxing Association of England's light-welterweight champion.

Two years later, the English boxing manager and promoter Frank Warren offered Fawaz a professional contract. But he was forced to turn it down because of his immigration status.

Born to a Beninese mother and a Lebanese father, Fawaz was brought to the U.K. at 14 by his uncle. On arriving in London in 2002, Fawaz was left with a family who he says regularly beat him and would refuse him food. “I was told my dad would come for me, but he never did,” he said.

The teenager eventually fell into the hands of the British social services system. Fawaz was granted temporary leave to remain in the country until the age of 18 and was passed from foster home to halfway house.

According to his immigration lawyer, Aisha Bakht Noor, Fawaz then waited four years for the authorities to review his case, by which time he had committed a string of crimes.

While he has never served a custodial sentence, he has been convicted of 15 offenses including possession of drugs, theft, driving without insurance and drunken driving, Noor said. His bid to stay in the U.K. was later denied. Ever since then he has continued to apply for status to remain in Britain, while trying to establish his nationality.

Fawaz says Nigeria rejected his application for citizenship because neither of his parents are nationals. He is also not eligible for British citizenship.