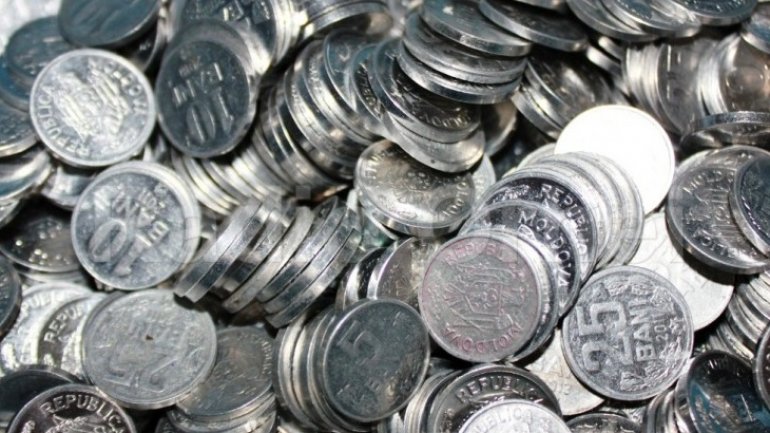 Almost 760 million coins and over 250 million banknotes in lei are in circulation in Moldova. According to the National Bank, at the beginning of 2017, the total amount of lei on the market was almost 19 billion.

Of coins in circulation, the least of them are with the amount of 50 bani. One Moldovan receives nearly 13 such pieces. The most popular are coins of 10 bani - almost 65 per capita. From BNM data is resulted that a Moldovan could receive almost 20 pieces of 1 ban, although they rarely can be found.

Another curious detail - the nearly 69 million coins of 1 ban weigh together over 46 tons. The total value of coins in circulation is almost 110 million lei. In case of banknotes, the most widespread are banknotes of 200 lei. A man's return not less than 14.

The rarest are banknotes of 1000, 500 and 20 lei. In Moldovans' wallets, and in banks are currently banknotes worth over 18.8 billion lei.