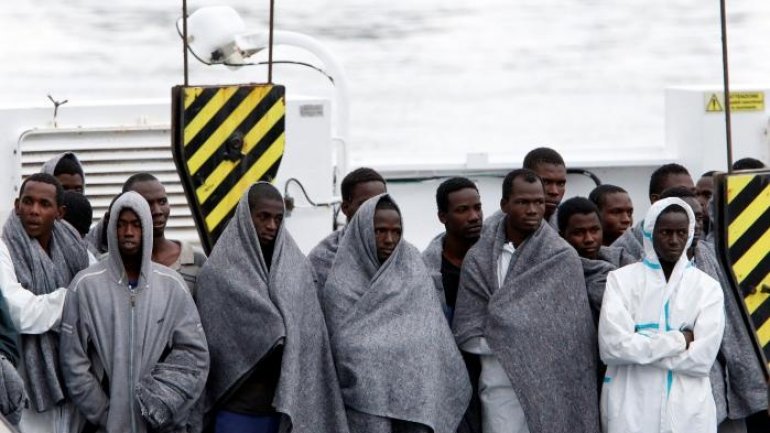 Almost 500 migrants arrived at the port of Catania on Wednesday after being rescued earlier this week near the coast of Libya, with the influx of refugees heading to Europe showing no signs of slowing, reports Reuters.

Hundreds of migrants, mostly men from sub-Saharan Africa, huddled under gray blankets on the deck of the Italian coast guard vessel Diciotti as they started to disembark in pouring rain.

A second ship, the Aquarius, operated by the non-governmental group SOS Mediterranee, was due to dock at an Italian port in the next two days carrying some 120 migrants and the bodies of nine people who died trying to make the perilous Mediterranean crossing.

Mathilde Auvillain, a spokeswoman for SOS Mediterranee aboard the Aquarius, said that among the migrants were a group of 23 people who were plucked from the sea on Tuesday by an oil tanker after their rubber boat started to sink.

Four bodies were recovered from the scene, but many more were believed to have drowned, with survivors saying that 122 people had been on the boat when it left Libya.

Some 167,000 migrants have reached Italy by boat so far this year, exceeding the total for all of 2015 which stood at 154,000. The death toll in the Mediterranean has surged this year to more than 4,270 compared to 3,777 in 2015, according to the International Organization for Migration.

While last year departures dropped off from October as the weather conditions worsened, this year the decline has been less pronounced, Interior Ministry data show.