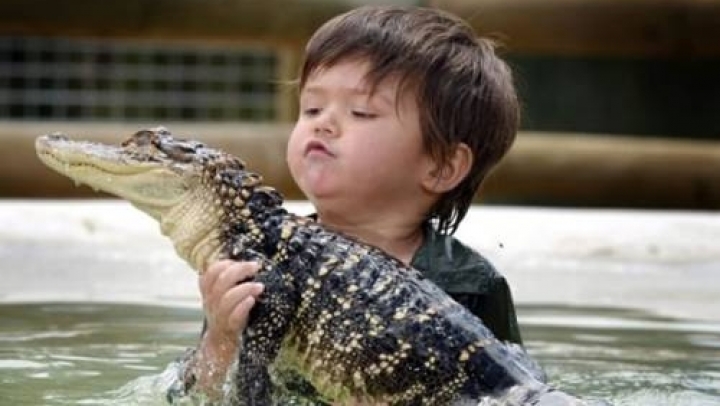 A desperate search is underway for a 2-year-old boy who was snatched by an alligator while wading in a lake at a Disney World resort hotel Tuesday night, law enforcement officials said.

More than 50 officers from the Orange County Sheriff's office and the Florida Fish and Wildlife Commission are conducting the search in the Seven Seas Lagoon at the Grand Floridian Hotel outside Orlando, Fla., Sheriff Jerry Demings said in a news conference early Wednesday.

Helicopters, two marine units, sonar equipment, a dive team and an alligator trapper are being employed in the hunt for the toddler in the darkened waters.

The boy was playing in about a foot of water in a beach area with his father when he was taken by an alligator that witnesses described as anywhere from four to seven feet in length.