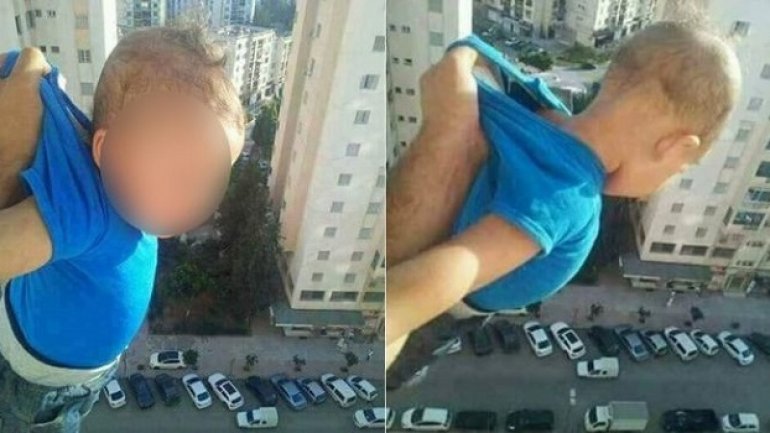 A man who held a baby out of a 15th-floor window in order to gain Facebook Likes has been sentenced to two years in prison.

The man, who has not been named, posted pictures of his young cousin being dangled out of the window in an apartment block in Algiers, Algeria, with a single hand gripping the back of his t-shirt.

Facebook users who saw the post called for him to be arrested for child abuse, reports Al Arabiya, and he has since been charged.

However, he has denied putting the baby’s life at risk and claimed that the pictures had been altered by other Facebook users.

“The picture was taken in a balcony with protective barriers,” he said, according to Ennahar TV.

The child’s father also called for the court to forgive the man, arguing that he had simply been playing a game.

The judge, however, ruled that he had put the child’s life in danger.