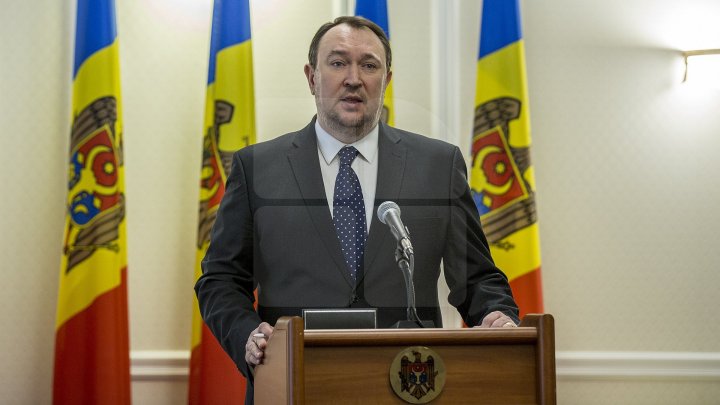 Justice Minister, Alexandru Tănase, who participated in a press briefing and presented the aims of the future strategy and main actions for the justice reform, declared that the justice reform strategy, approved by the Parliament in 2011, was mostly a failure. Despite 30% of judges being changes, no result could be felt from this reform.

According to Tănase, the new changes in the justice system will be realized to the end of the actual legislature.

"In 2011 the Parliament approved a new law regarding the reform strategy of the justice system. Despite the fact that many laws and over 30% of judges were changed, it did not bring any results. The reform strategy approved in 2011 was mostly a failure. But there are also positive changes. In the system, we gained 30% of new judges. Young people who are professionally prepared, capable to face the justice system. In the area of young judges [...] we have not encountered the problem of corruption. There were no scandals where those judges were implicated. This means that we have a solid base to make those young people the pioneers of changes" Minister Tănase declared.

Alexandru Tănase claims that the main issue in Moldova's justice system are not the laws, but the way judges understand the role of justice and of a judge.

"We have the problem of how judges view themselves, how they understand justice. Judicial independence is not the privilege of a judge, but of the society" Minister of Justice said.

According to Alexandru Tănase the new suggested changes are meant to solve the results of the justice reform strategy from 2011, mentioning the way the attacks in the justice systems are elaborated, the preventive arrests and the big number of sentences to imprisonment.

"In the following months [...] the Government wishes to revise the role of the Supreme Court of Justice (hereinafter SCJ). Will go back to the initial justice reform concept, according to which, SCJ will be formed not only from a court, but also a small number of judges. SCJ will take the spot it deserves and has in every justice system" Tănase said.

"We have a deficit in the system in this case (namely the judicial control in preventive measures). There are courts and Courts of Appeal where things are rather well, which proves that it depends more on the judges rather than the legislation. Ministry of Justice will come forward with a reform - to renounce the current institution of judges and train judges for rights and freedom, who will have other attributions and qualifications, who will be selected using another method and other requirements" Alexandru Tănase declared.

According to Tănase, a big concern is the big number of convictions pronounced in criminal cases.

"It is impossible to change this situation from the administrative point of view. Decisions must be based on the law and the method in which a judge or an administrator understands the evidence. The statistics show that this mechanism is not working appropriately. We will perform some changes, in the Supreme Court of Justice, a law project that will make SCJ sittings public, in criminal matters. When the court will take away someone's freedom, it is important for that person to participate and defend his cause. Especially when the law allows the Supreme Court to make another decision than the previous court" Tănase said.

At the same time, Minister of Justice will promote permanent performance evaluation of Judges based on more criteria.

The system will become more transparent and meritocratic. For this system to work, National Integrity Agency will be directly implicated, the inspectors will investigate the assessments of people who fall under this category. The mechanism to promote judges will also be modified, so that it will be through objective and not subjective analyzes.

"[...] The failure to promote integrity will become a reason to fire a judge. Penal sanctions are not the only ones that can be applied" Alexandru Tănase declared.

"The justice reform - no matter how well thought it is, at the moment of implementation, collides with unexpected situations. [...] We do not give it up, but some changes will be adjusted" Justice Minister declared.

Alexandru Tănase also declared that the Government will come forward with changes in the legislation to establish a more efficient mechanism and more responsible judges - a requirement included in the macro-financials assistance memorandum signed by European Union and Republic of Moldova.

Other important changes will be a functional judicial inspection, ensuring that cases are given randomly, equipping courtroom with audio recorders for maximum transparency etc.

Ministry of Justice has also suggested to limit the number of members in the Superior Council of Magistrates, limiting the rights of a prosecutor, of the Justice Minister and SCJ when it comes to name, promote or fire judges.