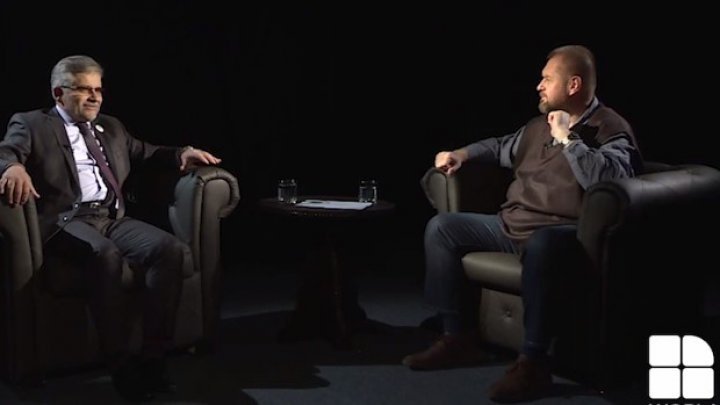 Those who fight against oligarchy are themselves dependent on oligarchic structures. That was declared by the political scientist Alexandru Solcan, at the talk-show EuroDictionar at Publika TV, in the context of the discussions about the impossibility of a parliamentary majority creation, after the February 24 voting. According to Solcan, the negotiations came into a dilemma because of the "ACUM" that put an accent on a alliance creation with PSRM, but the Socialists understood what an irreversible damage on their image can make such an alliance.

"Those in opposition are managed from the shadow by the oligarchs who want to become more powerful. Probably, this is the main reason why the parties can't find a compromise. Even the ones fighting against oligarchy have shadies behind their back", declared Alexandru Solcan, FRISPA dean.

"If we take a bright look on the parliament activities, behind all the political forces after the last voting, there is still an image of a negative oligarchy, although, in a economically prosper country, it is unnatural to criminalize wealth. It's a kind of a trap where the voters of the Republic of Moldova got into?", mentioned Cristian Tabara, EuroDictionar host.

"We've got a lot populism. The negotiations didn't succeed, because PAS counted on an alliance with PSRM. But, PSRM proved they are careful. The socialists understand that this will damage their image", declared Alexandru Solcan FRISPA dean.

Political scientist Alexandru Solcan also says that even though in the voting campaign, those from PAS-PPDA declared themselves pro-Europeans, in some important moments for Moldova, gave an elusive answer when asked about Moldova's direction.

"They wanted to take over the pro-westic and pro-eastic voters. At the question "what we should do with the integration, do we vote it or not?", they answered: "No, we don't", something that cannot be explained to no one. I consider ACUM less European than Democratic Party", said Alexandru Solcan.

Maia Sandu and Andrei Nastase announced several times that they are rady to discuss with Socialists, but only the alliance's pack, not the formation of an ruling coalition with PSRM. Immediately after the votings of February 24, PAS and PPDA representatives were invited to discussinons and negotiations with Socialists and Democrats. All the invitations were rejected, except the one on April 11, when they met PSRM, but the discussions were failed.