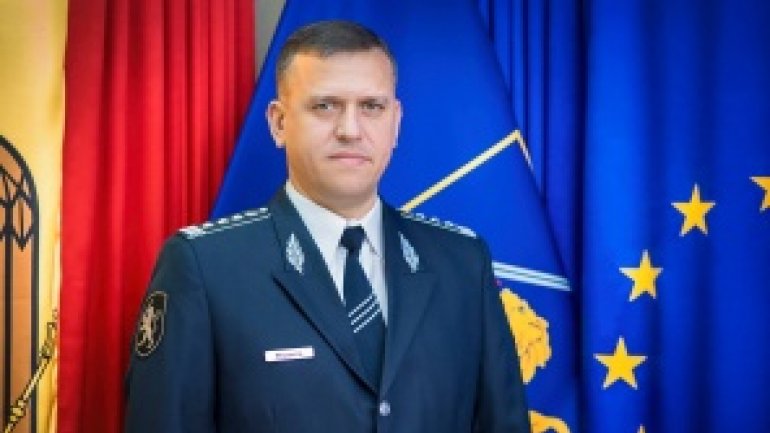 During an interview made by Alexei Lungu, General Police Inspectorate chief, Alexandru Pînzari, requests his relatives to stop calling him when they breach the law.  The Police chief also urges citizens to not hesitate and request help from police whenever necessary.

Alexandru Pînzari: Where does most transport gathers? - On Albișoara St. - On Albișoara St.? You are speaking with those from other posts using a radio? Maintain contact among yourselves, yes? -Yes! -To what hour does it usually lasts? -Somewhere around 16:30 to 20:00 local time. I ask everyone to support easing the traffic, or come forward with any question, wrote Prime.md.

Alexei Lungu: I saw that you exchanged some words with the Patrol agents and saw many teams dispatched to different intersections. Has it brought results?

-Do you remember when we used to come forward with reports, numbers, percentages, all irrelevant for citizens? Now we study surveys and found out that the main issue citizens face is the traffic. Therefore, we decided for police officers to be dispatched every morning to places with biggest traffic. We do not chose randomly, but analyse information and determine where officers are needed the most. At the same time, to answer your question about results, they are good, but not entirely what we wished for. Easing traffic includes many factors, including infrastructure and participation of local public authorities. But things changed for the better.

– You have also begun another operation, against tinted car windows. How did drivers react?

-Here was shown the worst of Republic of Moldova's drivers. Many citizens, many drivers we stop are acting aggressive, but my colleagues are handling it successfully. I wish to use this occasion and declare that we will be strict and bring order in this matter.

- Unfortunately I am often called, but let me tell you, in such cases I never stepped aside for anyone, while my colleagues were abiding the law. I address to my friends and associated. Do not call me, because I will not help you and will act as the law dictates.

– You have teams dispatched at intersections where traffic forms. Could you tell me more about it?

- I will start with a simple answer. More police officers will come on streets and will follow an aim, which is part of the strategy to develop law enforcement. We manage the numbers of police officers in the office and those from the street so that in the 203 sectors from Republic of Moldova there will be at least one patrol car in each of those sectors. Today, we will estimate the numbers. Once again, it will not be done randomly. This idea is also based on the citizen's wishes. All surveys show that citizens wish for patrol to take place at night, in poorly lit places and we will do so.

– Recently, you went to the South of Moldova, can I ask you, what is the situation with equipment used in provinces? As it is nice in the city, we see teams at intersections, patrol on streets. What of other regions?

– I will use this chance to encourage my policemen colleagues. It will get better. We will have financial support from our partners. This support will be offered based on some certain actions, foreseeing the rehabilitation of police from sectors. There will be at least 90 police sectors. We will receive more cars for the patrols you asked me of. Things are going well, I encourage my collages to have a little patience, because the police will become more modern, closer to citizens and better equipped.

- What of fighting against corruption? According to the surveys, police was the most corrupt institution in Republic of Moldova. Those who patrolled the streets were not welcomed by citizens, who would think: he will want bribery and will do noting.

- It is a survey, which will soon be made available for the public, it shows that the image of officers improved, which I am glad for, hopefully things will continue improving this way. Soon, IGP will create an anti-corruption structure with two functions, preventing and combating. There, only the best officers will be selected, who will be competent in investigations and will send a clear message, that there is no place in law enforcement for corrupt officers and those who don't abide the law will be brought before justice.

– Thank you for your time!

– Thank you as well!