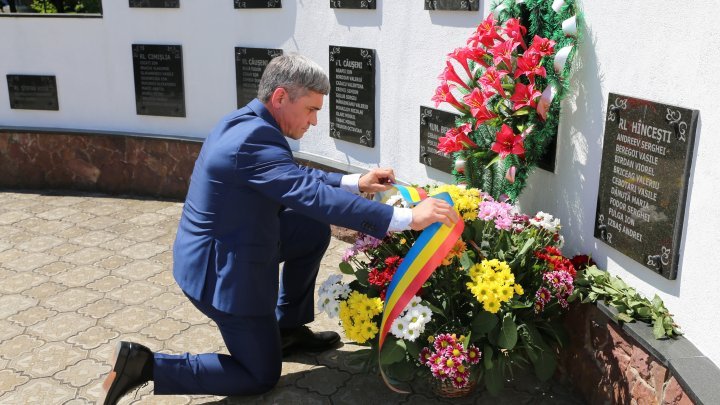 26th anniversary of the bloody battle at Tighina, considered the most tragic stage of the 1992 war is marked today.

In this context, the Minister of Internal Affairs, Alexandru Jizdan, participated in the event of commemorating the heroes fallen in the Dniester War in the Varniţa village, Anenii Noi.

At this commemorative meeting was also attended by the councilor of the Prime Minister Gheorghe Bălan, the councilor Ion Corobceanu, the mayor of Varniţa village, the employees of the Bender Police Inspectorate, the military contingent of the Peacekeeping Forces, the war veterans and others.

Thus, Minister Alexandru Jizdan, who participates for the first time at this event, organized annually on 19 June in Varniţa village, sent a message to the veterans who fought for the independence of the Republic of Moldova, noting that no one better than them will be able to promote peace, because they see the war with their own eyes.

"We are obliged to honor the memory of those who fought for the country and to support you, veterans, children, "added the minister.

The rally ended with the deposition of the flowers at the Memorial Chapel and the tombs of the deceased.

We mention that during the battles that began on June 19, 1992, when the police headquarters were attacked by Russian soldiers, 11 men from the village of Varniţa lost their lives. The Ministry of Internal Affairs has more than 100 veterans from Varniţa and Bender, who participated in this armed conflict.