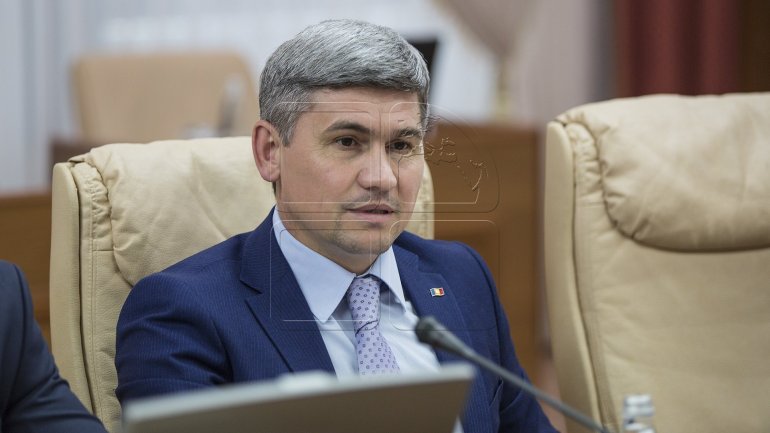 Minister of Internal Affairs, Alexandru Jizdan, urged police officers to be more strict with people who harass, humiliate or refuse to abide their legal requests. At the same time he requests them to be just and not go out of their jurisdiction.

You can find out what Alexandru Jizdan believes of the criminal rate from Moldova, General Inspectorate's campaign and the general image of police officers from an interview made by PRIME TV journalist, Alexei Lungu.

"Mr. Minister, I thank you for making time in your schedule to speak with us. I would like to address the matter of the image police officers bear. On one hand, when we spoke you have stated that polls shows that the police's image raises, but on another hand, we saw declarations made by the PD leader, or Democratic Party's initiative that patrol officers should do other aspects of their jobs than randomly pulling over drivers, regardless if the breached the law or not. It means that the police's image is not really all that well perceived. In the end, the opinion cannot be truly shown in a survey" PRIME TV journalist, Alexei Lungu said.

"I will start from the end, from perception. It would be wrong for us to base only on survey, as when you do so there are great risks that it was falsified by employees from Ministry of Internal Affairs. The Image. The image truly shows that trust in officers rose by 20%, while the issues spoken of or the ones we see today, make this raise not really what we wished for. Therefore, by solving the issues we will enhance the police image" Minister of Internal Affairs, Alexandru Jizdan declared.

"National Police Inspectorate has launched a campaign against tinted car windows. What do those who drive daily think of it?" Alexei Lungu questioned.

"A while ago I was stopped by an elder and he asked: Mr. Minister, when will you start fighting with Mercedes cars and not only Jiguli cars? And perhaps that man is right, as we noticed at the last moment that all luxury cars use tinted windows. For this reason we begun this initiative, to demonstrate that all are equal before the law. The campaign you speak of are not the only ones. We went on the streets to make the traffic less busy. We went on the streets to the crossroads near lyceums and educational institute to help children reach their schools safely. Those actions will not end soon, as we think of creating a volunteering program and train a civil society" Alexandru Jizdan stated.

"How will inspectors be able to set their authority?" PRIME TV journalist inquired.

"There are many cases when people are abusing them and come off as arrogant, they disrespect the legislation and our inspectors. Here, each and every time, I encourage law enforcement to act more sever with those that don't respect the law. It must be done, as a true democratic country foresees undeniable obedience for the legislation.  All democratic countries that are ruled by law, allows us to interfere with force whenever people do not respect it and have no desire to abide it. Of course such actions must be reasoned and only when needed" Minister precised.

"Another aspect is police equipment. I know that officers do not have the desire to perform their job well when they don't have proper devices, does not have a well equipped office and I must say that an Inspectorate for the city does not make a nice picture" Alexei Lungu added.

"By the end of the year we plan to offer this equipment, doing it by bit is a more bureaucratic method, as money must be counted by number and not only devices. I also hear rumors that officers purchase for themselves stationary items and cars. It is also a problem that we must solve. Per ensemble, it can vary. Therefore, service apartment, first house project, is supported and promoted, encouraged by the Ministry of Internal Affairs, I believe will bring more hope in the future of our institutions" Alexandru Jizdan declared.

"What of the criminal rate? I know there are improvements, still major crimes starting 2010 are till unsolved" Alexei Lungu said.

"There were always major crimes that are not solved until today. I must assure you that they are not forgot and there are people working on cold cases. We have a dedicated team that reports back periodically the discoveries it managed to make. The criminal rate in Moldova is decreasing. Among European countries, our numbers are placed well. Here we can also speak of perception. When speaking with foreigner that visit Moldova, when asked how they feel walking on the streets of our Capital they all say that they feel OK. We do not have cases or the criminal rate high enough to make people fear going on streets. I myself have children and when they are walking outside, I do not feel that something bad will happen to them" Minister of Internal Affairs, Alexandru Jizdan added.