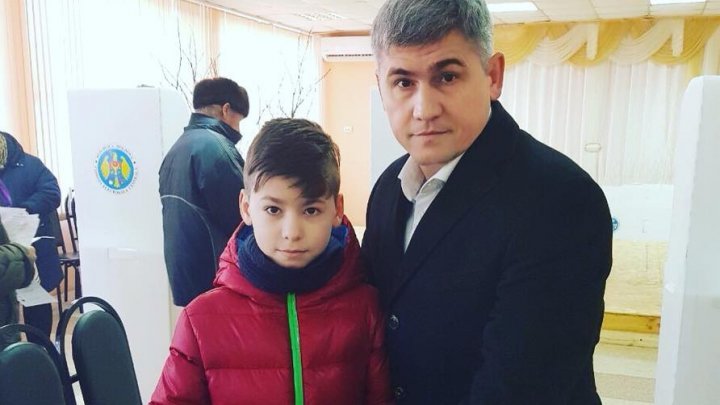 People choose the way for our country's future. Bogdan along with his father went to vote for the first time. The Minister of Internal Affairs also wrote that Răzvan is his supporter this morning.

"People choose the way of our country's future.

Răzvan is supporter of his father this morning and this was the first time Bogdan cast his vote.

We have a day of love and sunshine in Moldova, two reasons not to stay at home", wrote Minister of Internal Affairs Alexandru Jizdan on social network.

Both parliamentary elections and the consultative referendum take place in one day. Polling stations will be open from 7:00 to 21:00 local time in the country.