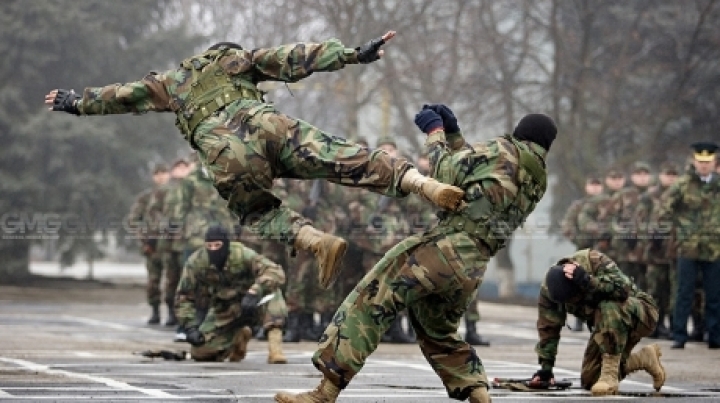 Currently, the Moldovan army has defined objectives of development, emphasis being placed on western standards of structure, thought and action, but greater capacity to participate in international efforts for peace. Achieving these goals depends on the professionalism of the military formed at the Armed Forces Military Academy "Alexandru cel Bun" (AMFA), which strengthens the institution's present and future of National Army.

The statement was made by the principal adviser to the prime minister, Division General Ion Corpcean during the ceremony celebrating the 24th anniversary of the founding of the institution.

The event, which was held in AMFA, attended the Ministry of Defence, General Staff of the National Army, military attaches, students, high school students and relatives of the Academy.

Deputy Defence Minister Gheorghe Galbura congratulated the entire staff of the institution on its anniversary and handed honors for service performance to a group of military and civilian of National Army.

George Galbur expressed his confidence that the successes recorded by professional teachers and students of Academy will help develop the military education system, turning it into a competitive one, both nationally and internationally.

"To achieve this, we collaborate with similar institutions abroad, we will improve the university's curricula to bring academic staff with international reputation to instruct us in some specialized courses and will be open to innovations" , said AMFA Commander, Sergiu Plop.

The event program included exhibitions of equipment, weapons and equipment, demonstration of execises of close combat, but also a musical program.

The guests had the opportunity to familiarize themselves with infrastructure, equipment and work organization.

PUBLIKA.MD recalls that the Military Academy "Alexandru cel Bun" was created on October 3rd, 1992, initially with the status of a high school, college and institute.