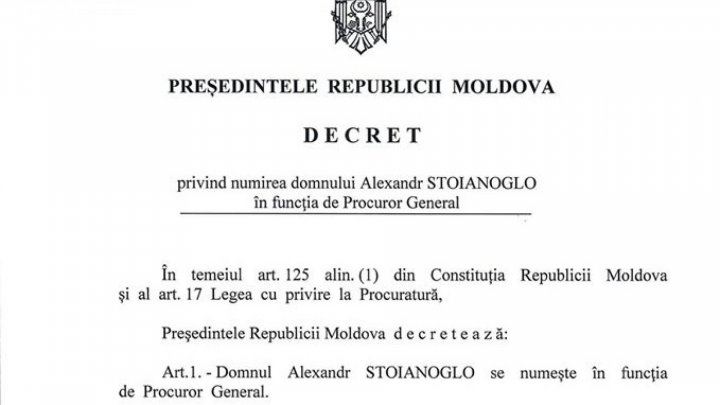 "As the Constitution empowers the President to appoint the General Prosecutor, I give my consent to the decision of the Prosecutor Superior Council taken following the legal contest within the parameters of democracy and the rule of law," the country president said.

Alexandr Stoianoglo is a lawyer. He held the positions of prosecutor of Chisinau municipality and deputy general prosecutor. He was Moldovan Parliament member from 2009-2014, elected on the lists of the Democratic Party of Moldova. He has also been an independent candidate for the position of Bashkan of UTA Gagauzia twice, in 2006 and 2015.