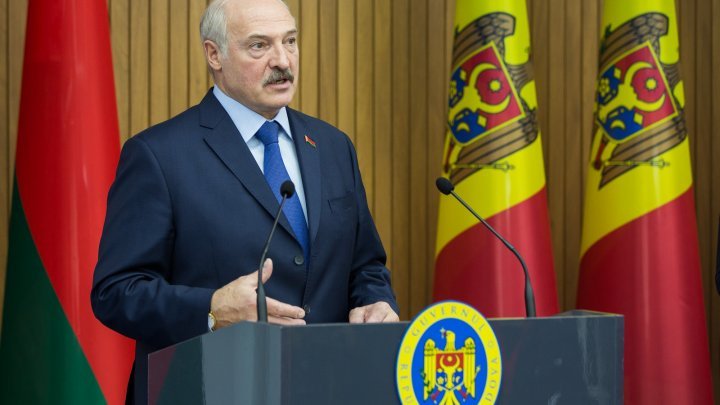 The President of the Republic of Belarus, Alexandr Lukashenko, praises the government in Chişinău. After his visit to Moldova, the Minsk leader returned home and told journalists that he appreciates Moldova for having good relations both with the European Union and with the Eastern countries. Moreover, Lukashenko argues that no one should dictate what vector we must follow.

Alexandr Lukashenko told the journalists that the place of Moldova is in the European Union.

"It is important that we, understanding their situation, do not ask them to leave Europe, how can the Republic of Belarus or Moldova leave Europe, if God has placed us there. The vector of our actions in the direction of Moldova is constructive because Moldova is present on the European market as well as on our market, "Lukashenko said.

The President of the Republic of Belarus paid an official visit to Moldova from 18 to 19 April. Lukashenko had meetings with his counterpart, Igor Dodon, but also with the head of the executive. During the meeting with Pavel Filip, eight bilateral co-operation agreements were signed. The documents cover the fields of justice, health, education and energy efficiency.