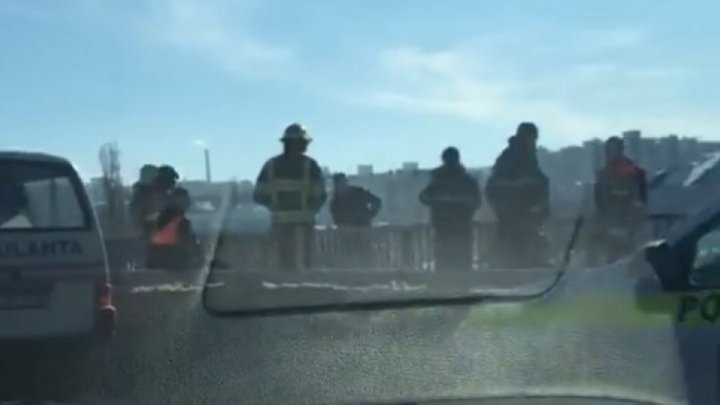 A 20-year-old man attempted to commit a suicide on viaduct linking Center and Botanica sector. The incident occurred at around 15:30.

Policemen of the Center Sector and rescuer crew, emergency doctors were present on the spot.

Legal people managed to convince the man to give up his attempt.

He told the police that he wanted to put an end to his days after he had a disappointing love.

According to the information, this is not the first attempt of suicide. In February 2016, he tried to jump out of a billboard near Circus.