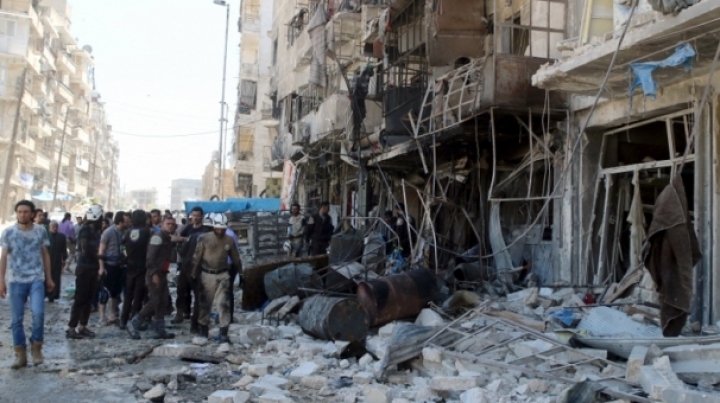 A United Nations decision to suspend all aid convoys to Syria has come under fire from Aleppo residents who say that they have not had access to basic humanitarian supplies such as food in months.

"Today the UN stopped the aid to the Syrian people. Our people are dying. We have not had aid come in for a very long time," Ibrahim al-Hajj, a member of the all-volunteer rescue team known as the Syrian Civil Defence, who spoke to Al Jazeera from Aleppo.

"My family and I have one week's worth of stored food left, and after that, we will run out."

Al-Hajj is just one of 300,000 Syrians who live in Eastern Aleppo, which has been under a renewed government-imposed siege since earlier this month.

Since mid-2012, the city has been divided between regime control in the west and opposition control in the east. It has come to symbolise the devastation wrought on Syria and its civilian population.