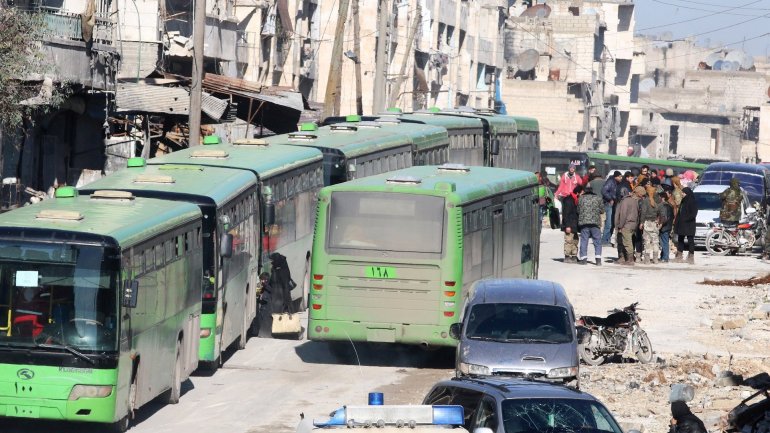 A long-awaited evacuation of the besieged districts of east Aleppo has begun, with the first ambulances and buses carrying wounded civilians leaving the Syrian city, reports The Guardian.

The International Committee of the Red Cross (ICRC) told the Guardian that 13 ambulances and 20 buses had departed. Syrian state TV showed footage of a long convoy of ambulances and green buses driving out and crossing the Ramouseh bridge en route through government territory and into a rural, rebel-held part of Aleppo province.

The vehicles had arrived in rebel-held areas of the city earlier on Thursday, almost five hours after the evacuation was due to begin, when the process appeared stalled while medical teams waited amid reports of gunfire.

The first convoy was expected to transport 200-250 wounded people in its first rotation with multiple crossings throughout the day. The evacuation is being overseen by the Syrian Arab Red Crescent and ICRC, which said it would include the wounded and all civilians.

The UN humanitarian adviser for Syria, Jan Egeland, said the operation was three pronged, involving the evacuation of the sick and wounded, vulnerable civilians, and fighters. “Thousands of people are in need of evacuation, but the first and most urgent thing is wounded, sick and children, including orphans,” he said.