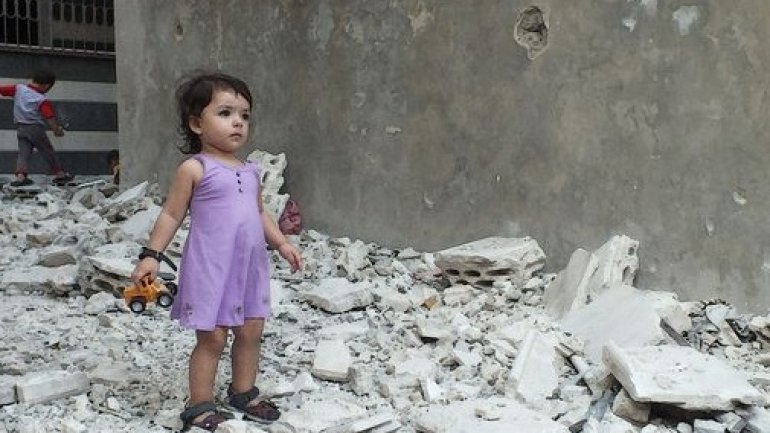 A videoed message from children who say they live in an orphanage in one of the last pockets of rebel resistance in Aleppo has emerged in the final hours of battle for the Syrian city, Independent reports.

Around 30 children from toddlers to around 12 or 13 years of age wearing hats and winter clothing inside are crammed into the camera's’ view, standing patiently in rows while a girl in the middle delivers a statement she has clearly committed to memory.

Children from a Syrian orphanage have made a desperate plea to be rescued from #Aleppo as shelling continues pic.twitter.com/aLoyCLDOxl