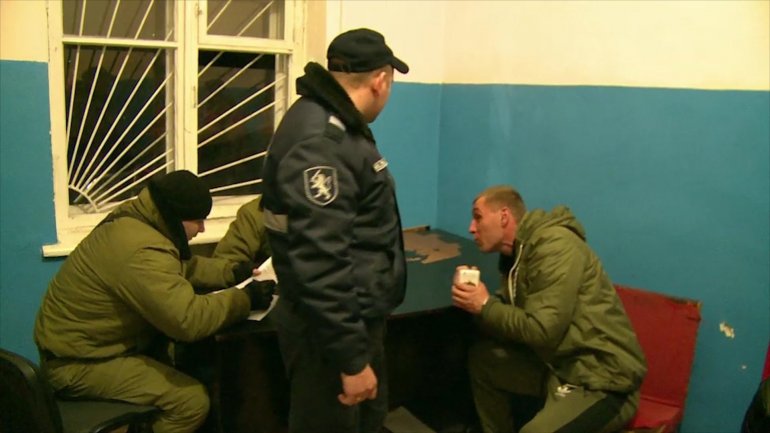 Alcohol made them invincible. Two men of 28 and 31, were arrested by police after beginning a fight with law enforcement and security guards. It all happened last night, in a pub from Buiucani sector from the Capital. To calm the spirits, two police teams were dispatched on site.

According to the police, the scandal begun after the two drunk men got aggressive with other patrons.

"- I fought with him, afterward he fled, while I remained. He keeps complaining that I beat him. -Have you? -Yes!" one of the young men declared.

The agressive men were escorted to Buiucani Police Inspectorate for questionings.

"On site we found a drunk male, acting aggressive and rude. We had to immobilize him" police officer Victor Ghitmanenco explained.

At the inspectorate the spectacle continued.

The two will receive big fines for disturbing the public peace. The 31-year-old man will also be investigated for resisting law enforcement.