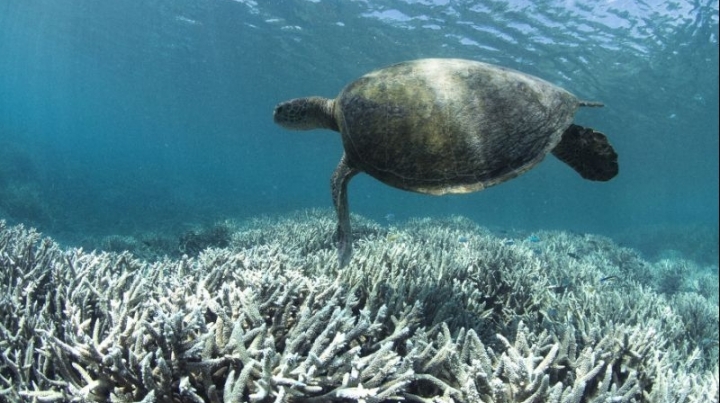 It’s been a wretched year for Australia’s Great Barrier Reef, the largest living structure and one of the most complex natural ecosystems on Earth.

The area suffered the worst bleaching event ever, one that impacted over 90 percent of the reef and killed more than a third of its corals. Earlier this year, shocking photos and video revealed total devastation in parts of the reef.

Now, entire swathes of the Great Barrier Reef are suffering from “complete ecosystem collapse,” marine researcher Justin Marshall said after spending a week conducting surveys near Lizard Island in the northern region of the reef.

“The lack of fish was the most shocking thing,” Marshall told The Guardian. “In broad terms, I was seeing a lot less than 50 percent of what was there [before the bleaching]. Some species I wasn’t seeing at all.”

Previously-common fish species in the area like the black-and-white striped humbug damselfish and green chromis had almost “completely”disappeared, said Marshall.