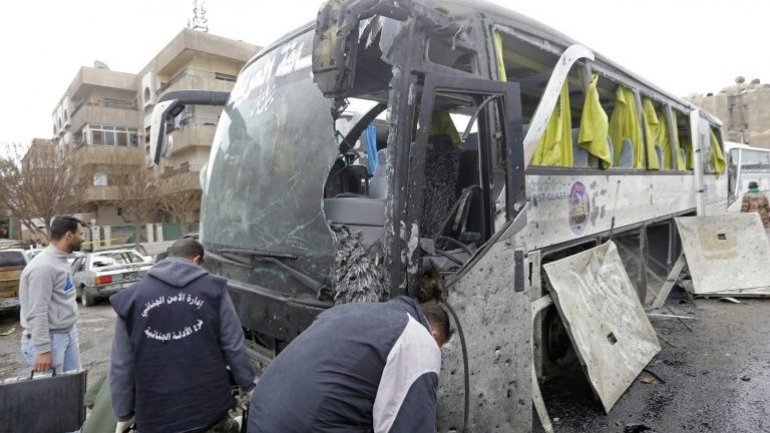 Syria's former Al-Qaeda affiliate Fateh al-Sham Front on Sunday said in a statement it was behind twin bombings targeting Shiite pilgrims in the centre of Damascus that killed 74 people.

"On Saturday... a twin attack was carried out by two heroes of Islam... in the centre of the capital Damascus, killing and wounding dozens," the statement said.

Without elaborating, it called the bombings "a message to Iran and its militias".

Iran and the Tehran-backed Hezbollah movement of Lebanon are close allies of the Syrian government.