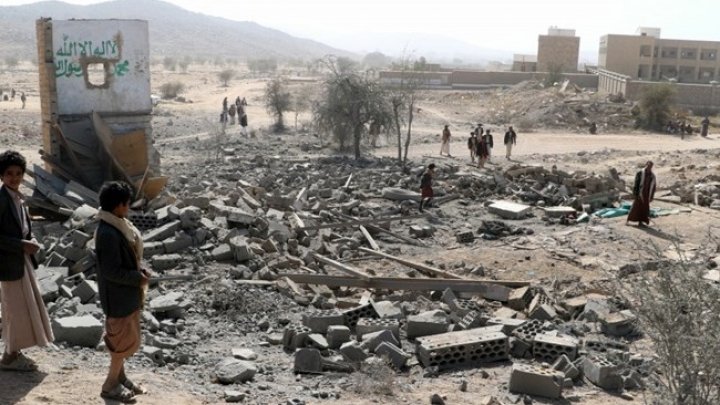 At least 15 people were killed in an air strike by the Saudi-led coalition air strike in northern Yemen, residents said, quoted reuters.com

They said the aircraft hit two cars transporting passengers and a truck on a main road south of the Saada provincial capital. They said 15 people died in the strike while several others were wounded.

A spokesman for the Saudi-led coalition could not immediately be reached to comment on the report.

The coalition - which has intervened in Yemen in 2015 against Iran-aligned Houthis who had ousted the internationally recognized government of President Abd-Rabbu Mansour Hadi - says it does not target civilians.

Residents said the explosions damaged the main road linking the capital Sanaa and the northern province of Saada, where the Houthi tribe which controls much of northern Yemen comes from.

Coalition air strikes have repeatedly struck civilian targets while trying to target Houthi forces across the country in the past three years.

The Yemen has killed more than 10,000 people, displaced more than 2 million and put the country on the verge of famine.