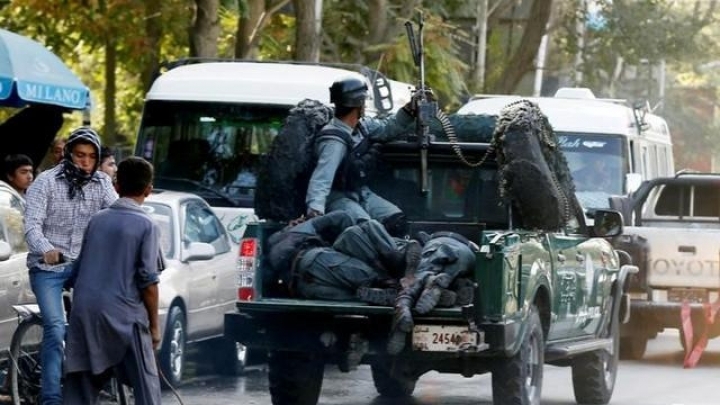 At least 13 people were killed by an airstrike in the eastern Afghan province of Nangarhar on Wednesday, with officials describing the victims as members of the Islamic State, while some residents claimed the dead were civilians, reports The New York Times.

A United States military spokesman, Brig. Gen. Charles H. Cleveland, said that a “counterterrorism airstrike” had taken place in the area on Wednesday but that he could not discuss details. He added that the military “takes all allegations of civilian casualties very seriously” and that a review of the strike was underway.

Afghan officials said the victims of the strike, in the Achin district, were members of the Islamic State, also known as ISIS or ISIL. The district has long been a hotbed of Islamic State activity, one of the few in Afghanistan.

The provincial police in Nangarhar issued a statement saying that 18 Islamic State members were killed in the strike, in the Shadal Bazaar area of the Achin district, including an Islamic State judge and a local commander.

Obaidullah Shinwari, a provincial council member from the Achin district, said that the airstrike had destroyed the house of a tribal elder, Akhtar Muhammad, killing 13 of his relatives and visitors. Although Mr. Shinwari described the victims as civilians who were paying their respects to the elder after he returned from the hajj in Saudi Arabia, he also said that many of the relatives of Mr. Muhammad were Islamic State members, including the local Islamic State commander.

Another provincial council member, Zabiullah Zamarai, said that the Islamic State controlled the area where the strike took place but that it was possible that civilians could have been among the victims. However, no women or children were among the victims, he said.

A spokesman for the Nangarhar police, Hazarat Hussain Masharaqiwal, said a delegation had been appointed to investigate the attack.

“We are aware of some claims of Afghan casualties, and are currently reviewing all materials related to this strike,” General Cleveland said. “We are continuing to look into these allegations and will provide additional information as appropriate.”