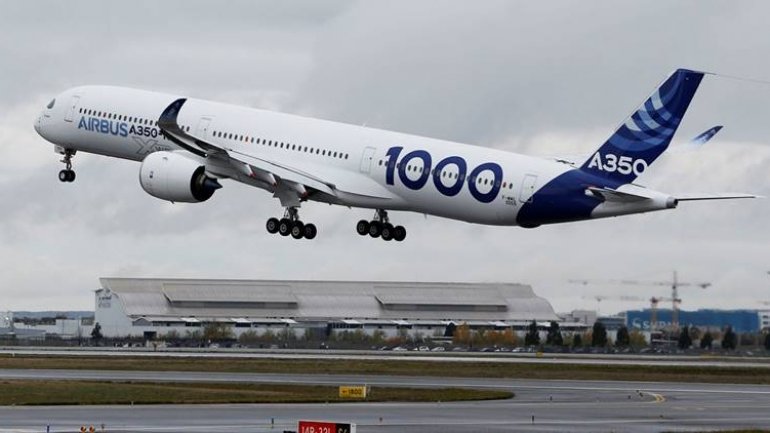 Airbus reached a target for at least 50 deliveries of its A350 wide-body jetliner in 2016, two industry sources said on Friday.

Widely watched deliveries of the newest European long-haul jet had been delayed by problems in supplies of cabin equipment, notably from France's Zodiac Aerospace.

Airbus declined to comment ahead of an annual news conference on orders and deliveries on Jan 11.

It has predicted more than 670 total deliveries for 2016, including at least 50 A350s. It has also predicted it would sell at least as many planes as it delivered in 2016.

Rival Boeing was due to issue 2016 data later on Friday, maintaining its position as the world's largest planemaker by the number of units delivered, Reuters reporting.
AFLĂ imediat Știrile Publika.MD. Intră pe Telegram