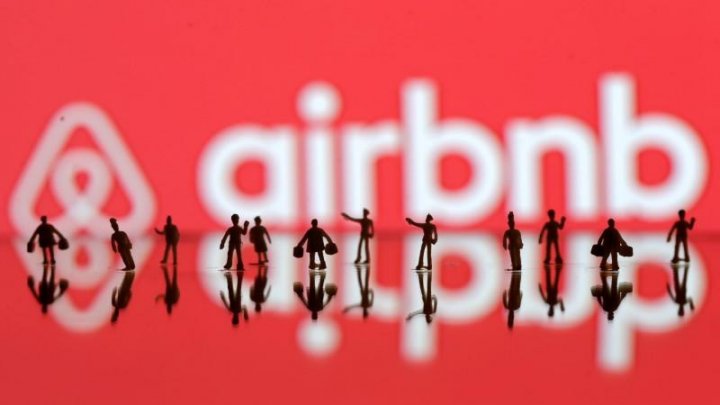 Airbnb Inc. is making it easier for Chinese authorities to keep track of travelers in the country.

The home-sharing company plans to share guest information, including passports and booking dates, directly with the government. This week, it sent an email to hosts declaring it may disclose their information at any time -- those with concerns were given a link to deactivate their listing.
Airbnb -- which had previously resisted comparisons to what it calls the hotel cartel -- is abiding by Chinese regulations governing the lodging industry. Hotels there keep tabs on guests and are obliged to report their information to the authorities -- which in turn becomes a useful tool for surveillance. Airbnb’s approach automates the process, so travelers’ data is directly transmitted to the government.
“Like all businesses operating in China, Airbnb China must comply with local laws and regulations," said Airbnb spokesman Jake Wilczynski. “The information we collect is similar to information hotels in China have collected for decades.”
Previously, the onus was mostly on Airbnb hosts to submit passport and other required traveler information. The company said in its email to hosts that it will comply with requests from authorities for information when asked.

Airbnb is one of the few Western tech companies that’s managed to gain momentum in China, where it has 150,000 active listings and has forged agreements with local authorities in cities including Shenzhen and Shanghai. The San Francisco-based company has had over 3.3 million guest arrivals since it ramped up efforts in the country more than three years ago, and said last year it would double its investment and triple its local workforce.

Still, Airbnb faces tough competition from local, well-funded rivals Xiaozhu and Tujia, and must also comply with stringent government regulations. The U.S. company has lacked a permanent China chief since Hong Ge left the company in October with co-founder Nathan Blecharczyk serving as China chairman in the meantime.

The company on Thursday said Shanghai would be among the 13 cities to launch Airbnb Plus, a collection of the company’s best homes and accommodations that will be inspected and verified in person. Airbnb Plus hosts also get access to design consultations and photography support.