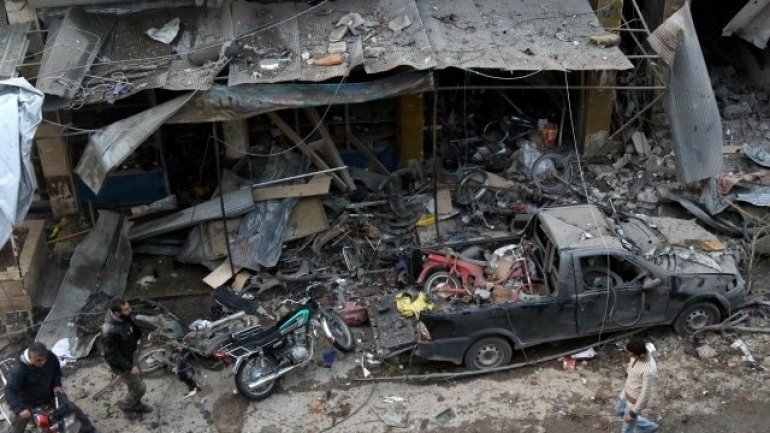 Air strikes killed at least 73 people in rebel-held Idlib province, including 38 in the city of Maarat al-Numan, on Sunday, the Syrian Observatory for Human Rights, a Britain-based group monitoring the war, reported, according to Reuters.

Russian war planes and Syrian military jets and helicopters have been conducting heavy strikes for months against rebels in Idlib, southwest of Aleppo. Insurgents had previously tried to get help and supplies to fellow rebels in the city from Idlib.

The Observatory said the death toll in Maarat al-Numan included five children and six members of a single family.

The bombardment included barrel bombs, improvised ordnance made from oil drums filled with explosives and dropped from helicopters, the monitor said. The Syrian military and Russia both deny using barrel bombs, whose use has been criticized by the United Nations.