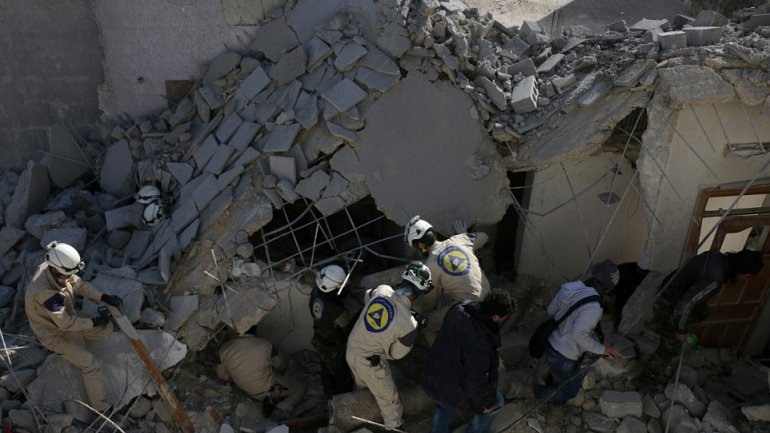 Fourteen members of the same family were killed in an air strike in rebel-held eastern Aleppo, an emergency service said on Monday, as the Syrian government pressed its Russian-backed campaign to capture opposition-held areas of the city, reports Reuters.

A list of the dead published by the Civil Defense included several infants, among them two six-week old babies and six other children under the age of eight or below. The Civil Defense identified the jets as Russian.

The Civil Defense is a rescue service operating in rebel-held areas of Syria. Its workers are known as "White Helmets".

The Russian-backed campaign to capture rebel-held eastern Aleppo has killed several hundred people since it got under way last month after the collapse of a truce brokered by Russia and the United States. The Syrian Observatory for Human Rights said it had documented the deaths of 448 people in air strikes in eastern Aleppo since then, including 82 children.

The Syrian and Russian militaries say they only target militants.