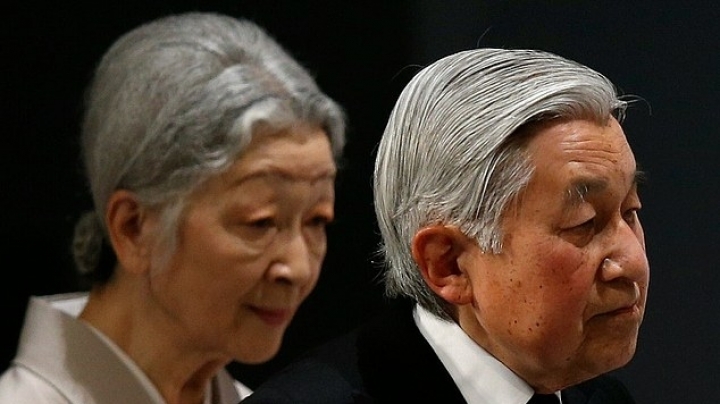 Japan's Emperor Akihito plans to become his country's first monarch to abdicate in 200 years and allow his son to take over the throne, reports Daily Mail.

The monarch, who has had heart surgery and prostate cancer, has been cutting back on his official duties and handing them over to his heir Crown Prince Naruhito, 56, within a few years.

Akihito was the heir to Emperor Hirohito, in whose name Japan fought the Second World War, and has spent much of his time on the throne seeking to heal the wounds from the conflict. He has reigned since his father died in 1989.

He marked the 70th anniversary of end of the war last year with an expression of 'deep remorse', a departure from his previous remarks, seen by some as an effort to cement of legacy of post-war pacifism.

'Looking back at the past, together with deep remorse over the war, I pray that this tragedy of war will not be repeated and together with the people express my deep condolences for those who fell in battle and in the ravages of war,' he said.

Akihito has sought to deepen Japan's ties with the world through visits abroad. In 1992 he became the first Japanese monarch in living memory to visit China, where bitter memories of Japan's past military aggression run deep.

While Akihito's father was a controversial figure, Akihito 'was the first post-war emperor to embrace the (pacifist) constitution and his role as a symbol of national unity', said Koichi Nakano, a political science professor at Sophia University in Tokyo.

Under the US-drafted, postwar constitution, Japan's emperor is 'the symbol of the State and of the unity of the People', with no political power.

Akihito is said to have expressed his intention to quit for a year to people around him, but officials could not immediately be reached for comment.

He is the first royal heir to have married a commoner, Michiko Shoda, the daughter of a wealthy industrialist.

Emperor Kokaku, who gave up the throne in 1817, was the last Japanese emperor to abdicate, NHK said.

The timing of the latest handover to his son Naruhito, 56, was not immediately clear.

Naruhito is the elder of of his two sons and the first in line of succession. Naruhito's wife, Crown Princess Masako, a former diplomat, is still recovering from a stress-induced mental condition.