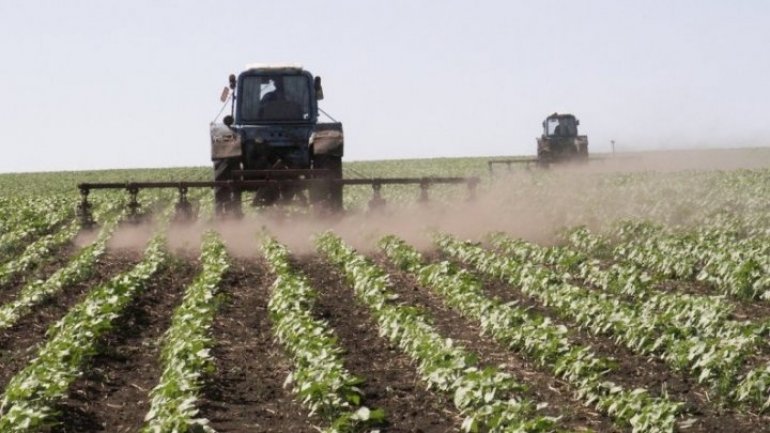 An Ukrainian company has offered Moldovan farmers new technology which allows them to supervise the farmland from a drone.

The service was installed three months ago in Moldova and was thriving in Russia and Ukraine before.

According to experts, the farmers are able to observe their lands just by making some clicks.

Likewise, the company offers access to satellite photos, as well as GPS monitoring of agricultural machinery.

"They allow you to realize those problems what you hardly could see with naked eyes. It can also be used for other agricultural operations to spread something, certain substances, certain solutions, "said director of an agricultural system company, Nicolae Loghin.

The service cost around three - four dollars per hectare per year. It means farmer accordingly pay $300 - $400 per year for 100 hectares.

Adam Eugeniu, who has a farm of 2,000 hectares of corn, wheat, sunflower in the south, starts installing this system.

"We now up-to-date the vegetation index which enables us to identify problematic areas in the field, to immediately monitor that area, physically to be there to analyze, then to make a decision which are best judgments to solve those problems," said the founder of an agricultural company, Adam Eugeniu.

Besides, farmers have chance to take advantage of the device which can determine the quality of cereals. Specifically, it checks the moisture, the amount of protein, oil and gluten.

According to the statistics, organic cereals grown on farms have been increase in recent years.

More than 100 farmers have decided to switch to this system without using chemical fertilizers.

Benefits of this system include easier identification of sales markets, and better profit than conventional grain harvests.

The conference which exhibited new devices specialized in agriculture was attended by more than 100 farmers and processors in the country. According to the farmers, better harvest of wheat, barley, maize and sunflower was recorded this year.