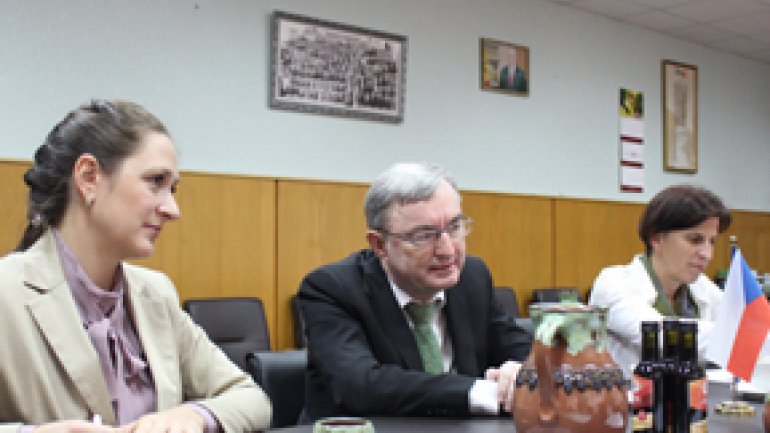 Minister of Agriculture and Food Industry Eduard Grama and Ambassador Extraordinary and Plenipotentiary of the Czech Republic to Moldova Zdenek Krejci discussed on Thursday the process of realizing projects, implemented in Moldova with the assistance of the Czech republic and the potential for initiating new projects, Infotag informs.

According to the Ministry’s press office, Grama thanked the Czech authorities for the assistance provided by means of the Czech Development Agency, in particular in the field of the agricultural complex of Moldova.

The stakeholders discussed the process of implementing creation and using of the Moldovan Vine and Wine Registry. In March, the Government approved the technical concept of creating the Information Automated System “Vine and Wine Registry” which was launched in test regime in April.

Also, the issue of implementing ecological agriculture in Moldova was discussed. A memorandum of cooperation in this field was signed by the Moldovan Ministry and the Czech Development Agency on June 10.

The discussion on these and new projects may be continued at the next meeting of the Moldovan-Czech Inter-Governmental Commission for Trade and Economic Cooperation in Prague on October 18-19.

Czechia is one of the main supporters of Moldova’s European course. Moldova is in top 5 countries to which the Czech Government is providing assistance for development and where it is implementing a whole number of projects.