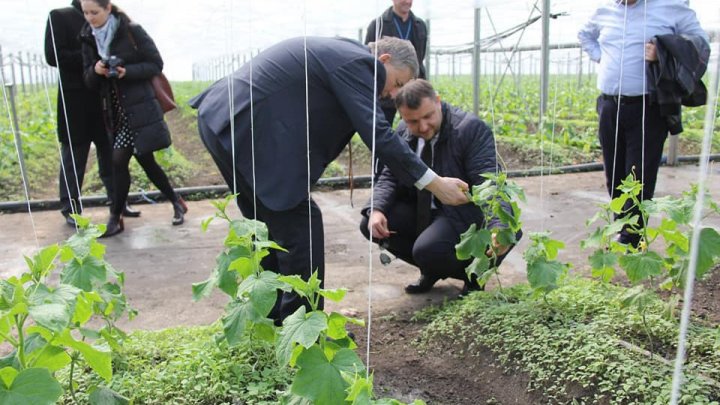 Subsidies to farmers are important financial support. The money can help them afford modern technology and build the farms according to international standards.

Minister of Agriculture, Liviu Voloconovici has visited a farmer in the Ialoveni district, which benefited from state aid.

The farmer is to complete the acts to obtain subsidies from the Agricultural Intervention and Payments Agency (AIPA).

The farmer says he will sell the first cucumbers for the holidays. The price will not exceed 35 lei kilogram. The Minister of Agriculture claims that such greenhouses are an example for other vegetable producers.

Minister Liviu Volconovici also visited a cow farm in Horasti, which benefited from subsidies worth about 3 million lei.

Last year, AIPA granted over 90 million lei to cattle breeders. However, the livestock sector is facing the most problems, and the authorities' goal is to attract as many foreign investments as possible.

The Minister of Agriculture and the AIPA Director also had a meeting with over one hundred farmers in Ialoveni district, where they discussed the new subsidy conditions.

"We expect this service to be available in June," the AIPA director said.

In 2018, the Fund of the Intervention and Payment Agency for Agriculture will amount to 900 million lei.