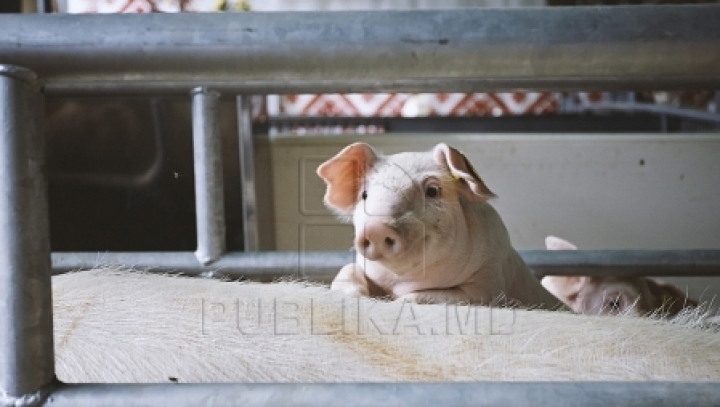 The swine fever is tackled by the Moldovan authorities, after two hotbeds were discovered in the north of the country.

Agriculture Minister Eduard Grama has told today a news conference it matters to make the people aware of the disease: "We do have problems with the swine fever. Several slaughter houses have been quarantined since spring.”

Food Safety Agency ANSA deputy director Vsevolod Stamati: "We notified the Government at once about the 58 hotbeds in Ukraine. In Moldova, 10 pigs were infected, 8 died and 2 were shot dead. We sent the samples to Spain, and we expect the results tomorrow.

“The disease was brought to Moldova on St Mary Day, as people bought meat in Ukraine for a celebration.”

He warns the virus must not spread put in the nature and infect the wild boars: “We have done a lot informationally, disinfection and annihilating the hotbed. We urge people to be cautious and not keep animals older than one year.”

Minister Eduard Grama says a joint struggle is necessary to have the problem solved.