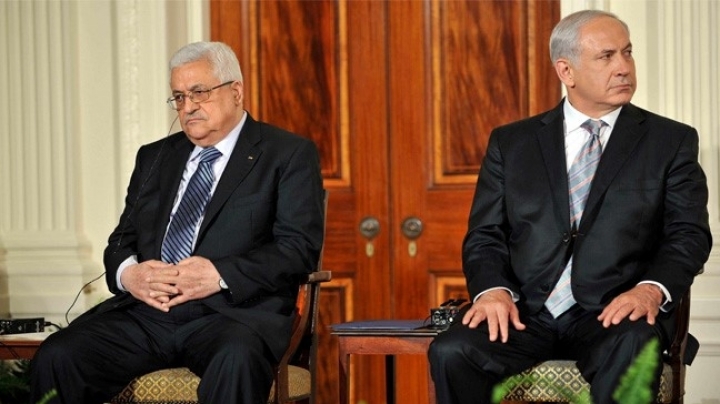 Israeli and Palestinian leaders have agreed "in principle" to meet in Moscow in what Russia hopes will relaunch Middle East peace talks after a more than two-year break, according to the Russian foreign ministry.

While it is not clear when the meeting will take place, Moscow has heard from the offices of Palestinian President Mahmoud Abbas and Israeli Prime Minister Benjamin Netanyahu that the two agreed to meet in the Russian capital, Maria Zakharova, Russia's foreign ministry spokesperson, said.

"The most important thing is to pick the right timing," Zakharova said. "Intensive contacts on this are ongoing."

The key stumbling block to the meeting is thought to be the agenda.

Earlier this week, Abbas said a scheduled meeting in Moscow had been postponed at Israel's request.

Abbas has said that he would only meet Netanyahu if Israel freezes settlement construction on occupied lands and carries out a previously agreed-on release of Palestinian prisoners.

Netanyahu has rejected the terms and said a meeting should take place without conditions.