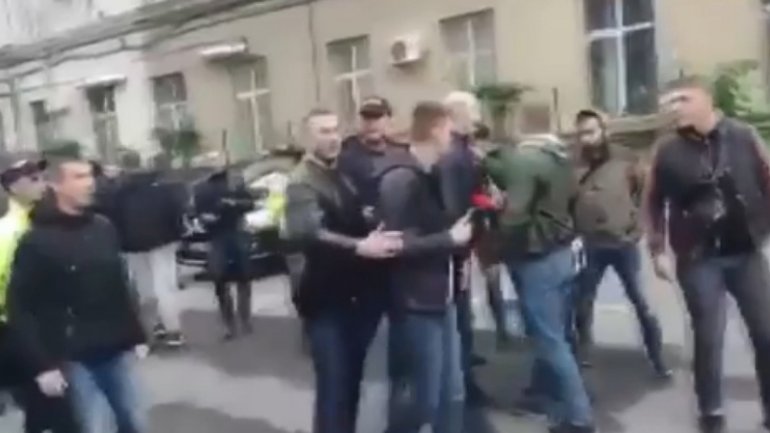 Five Ukrainians were detained after trying to prevent police officers from arresting a friend of theirs.

According to the telegraph.md news portal, their friend, Vladislav Dasco was arrested a year ago for murder. He was to be released today, one year after the punishment was served.

However, prosecutors had brought Dasco charges in another case, and the young man was detained again.

Thirty people, Dasco's friends, originating from Odesa (Ukraine) blocked up the car of police officers to ask for release of their friend.

The detained people were escorted to the police inspectorate. They risk a fine of up to 2250 lei or 15-day arrest.