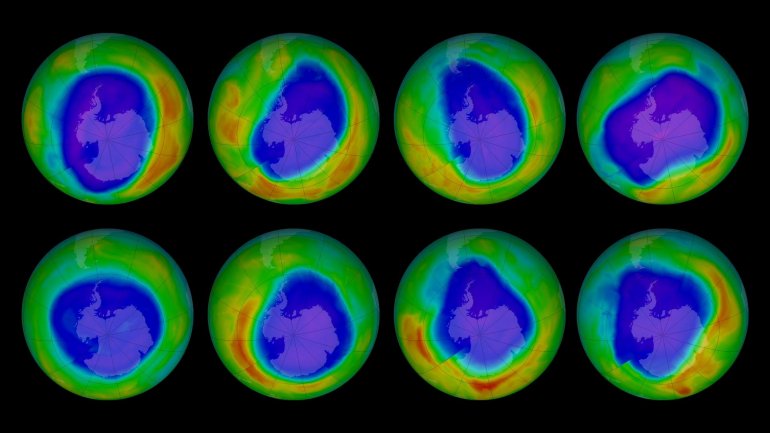 In a rare bright spot for global environmental news, atmospheric scientists reported in 2016 that the ozone hole that forms annually over Antarctica is beginning to heal.

Their data nail the case that the Montreal Protocol, the international treaty drawn up in 1987 to limit the use of ozone-destroying chemicals, is working.

The Antarctic ozone hole forms every Southern Hemisphere spring, when chemical reactions involving chlorine and bromine break apart the oxygen atoms that make up ozone molecules. Less protective ozone means that more ultraviolet radiation reaches Earth, where it can damage DNA and lead to higher rates of skin cancer, among other threats.

The Montreal Protocol cut back drastically on the manufacture of ozone-destroying compounds such as chlorofluorocarbons, or CFCs, which had been used in air conditioners, refrigerators and other products. It went into force in 1989 and phased out CFCs by 2010.

Earlier studies had hinted that the ozone hole was on the mend.