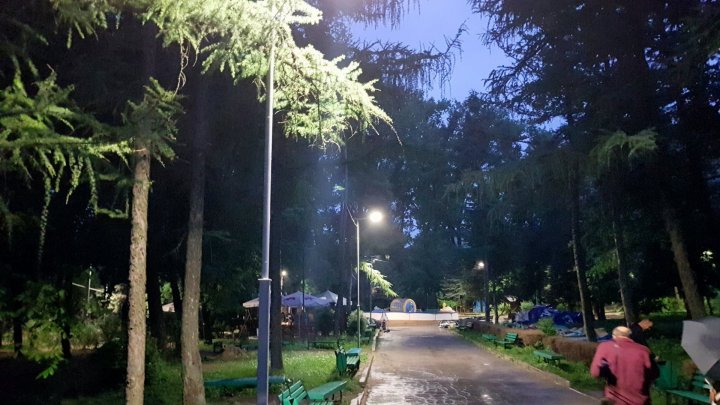 After over 30 years of darkness, Râşcani park located on Braniștii street from Capital, was illuminated. Lumteh employees have installed on the main alleys and around the lake over 121 LEDs and installed 70 pillars.

The 121 lanterns are economical and purchased from a local entrepreneur. Those costed around half a million lie, but in exchange, the Capital will spend only 120 lei per night for illumination.

"Those changes were made during three weeks. They will consume around 7 kW per hour" chief of Lumteh, Veaceslav Buţ mentioned.

People are happy and claim that they will now feel safer walking around the park at night.

"It used to be dark, but now we can admire the park. Very beautiful."

"The visibility is good. Amazing!"

"It was a good idea. I am glad that there were some people who though of our safety."

"I am happy that City Hall employee continue the projects I launched" Silvia Radu declared.

Until now, in the park from Braniştii street existed only a few lanterns near the children's playground. Since the beginning of the year, the work to modernize street lights were also performed in La Izvor park from Buiucani, while in the near future, the system will also be changed in Valea Trandafirilor park and two alleys from Valea Morilor park.