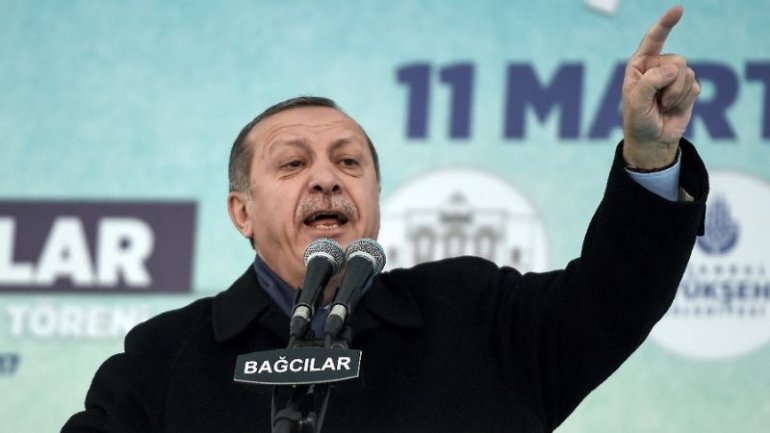 The Netherlands barred Turkey's foreign minister from landing in Rotterdam on Saturday in a row over Ankara's political campaigning among Turkish emigres, and President Tayyip Erdogan retaliated, branding his NATO partner a "Nazi remnant".

The extraordinary incident came hours after Mevlut Cavusoglu declared he would fly to Rotterdam despite being banned from a rally there to marshal support for sweeping new powers Erdogan seeks. Europe, he said, must be rid of its "boss-like attitude".

Cavusoglu, who was barred from a similar meeting in Hamburg last week but spoke instead from the Turkish consulate, accused the Dutch of treating the many Turkish citizens in the country like "hostages", cutting them off from Ankara.

"I sent them so they could contribute to your economy," he told CNN Turk TV, days ahead of Dutch polls where immigration may play a significant part. "They're not your captives."

"If my going will increase tensions, let it be...I am a foreign minister and I can go wherever I want," he added hours before his planned flight to Rotterdam was banned.

Cavusoglu threatened harsh economic and political sanctions if the Dutch refused him entry, a threat that proved decisive for the Netherlands government.